UN chief Ban Ki-moon has expressed concern about the deteriorating health of Palestinian prisoners on hunger strike, calling on Israel to charge or release them without delay.

Around 125 Palestinian prisoners have been on hunger strike for more than six weeks, most of them administrative detainees protesting against being held indefinitely without trial, the AFP news agency reported.

“The secretary-general is concerned about reports regarding the deteriorating health of Palestinian administrative detainees who have been on hunger strike for over a month,” Ban’s spokesman Stephane Dujarric said in a statement on Friday.

“He reiterates his long-standing position that administrative detainees should be charged or released without delay.”

The UN High Commissioner for human rights has also expressed concern regarding a bill before Israel’s parliament that would permit force-feeding and medical treatment of prisoners on hunger strike, against their will under certain conditions, in contravention of international standards, the spokesman added.

Among those refusing food are six parliamentarians from the Palestinian Legislative Council, all of whom are administrative detainees, according to Israeli and Palestinian rights groups.

About 5,000 Palestinians are being held in Israeli prisons, nearly 200 of them under administrative detention orders, which allow suspects to be jailed without trial for up to six months.

Such orders can be renewed indefinitely by a military court. 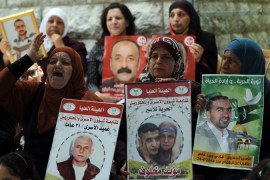 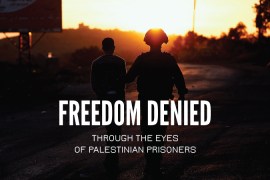 Israel has detained an estimated 800,000 Palestinians in the occupied territories since 1967. 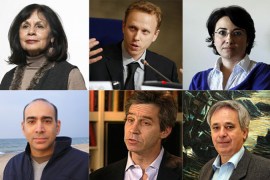 What is the future of the Palestinian national movement? 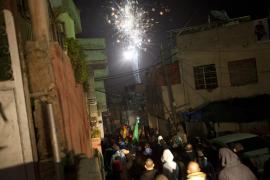 As part of peace talks, Israel released 26 Palestinian prisoners, most jailed for more than 20 years.