The Syrian air force has carried out air raids against Sunni rebels on the Syrian side of the Iraq-Syria border this week, the Iraqi prime minister has told the BBC.

Nouri al-Maliki on Thursday told the British broadcaster he “welcomed” any such strike against the rebels, led by the formerly al-Qaeda-linked Islamic State of Iraq and the Levant (ISIL), adding that his government did not request Tuesday’s aerial raids.

On Wednesday al-Qaeda’s Syrian arm, al-Nusra Front, also made a local pledge of allegiance to ISIL, further bolstering the group’s control of the border area.

The purported raids by Syria came after ISIL-led fighters took control of the border town of al-Qaim on the Iraqi side of the frontier, providing them a strategic route into Syria, where the group is also active.

On the diplomatic front, William Hague, the British foreign secretary, arrived in Baghdad on Thursday for talks with Maliki centred on the crisis gripping the country.

Britain has recently ruled out any military involvement in Iraq, but Hague said a British “operational liaison and reconnaissance team” arrived in Baghdad over the weekend and that Britain would provide humanitarian assistance as needed.

Iraq’s presidency said a session of parliament would be held on July 1, the first step to forming a new government that many hope will be inclusive enough to undermine the ISIL campaign. 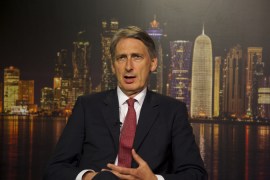 Q&A: ‘Perhaps the last chance to save Iraq’ 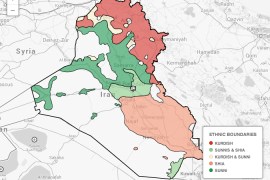 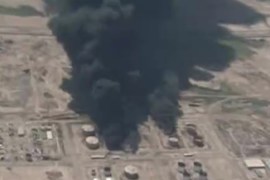 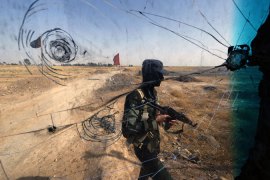