Suspected al-Qaeda fighters have attacked and briefly seized an airport in Yemen, before battling with the army, Yemeni security officials have said.

The coordinated attack on the Seiyun airport, in the southern province of Hadramawt, started as a civilian airliner was landing early on Thursday morning.

Armed gunmen stormed the entrance to the airport, which is also used by the air force, killing three soldiers, before capturing parts of the facility, including the control tower.

The army later retook the airport, killing six gunmen and capturing four others.

Seiyun is the main town in the Hadramawt valley, a stronghold for al-Qaeda linked fighters.

At around the same time, security officials said a suicide bomber drove his explosives-laden car into the entrance of an army base.

An army source told Al Jazeera that at least six soldiers and three civilians were killed in a series of attacks in the town, including two women killed at a dates factory.

The source said the airport was under control of the security forces.

The violence came just hours after security forces arrested a number of suspected fighters in the same town, known for a strong presence of al-Qaeda. 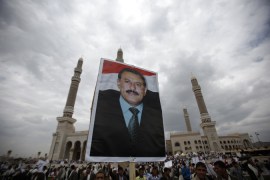 Tension in Yemen amid coup fears

President Hadi removes heavy weaponry from the capital following fears his predecessor is plotting to topple him. 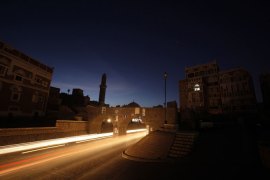 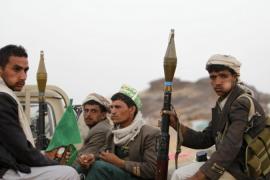