A verdict is expected on Monday for the three jailed Al Jazeera journalists on trial in Egypt for allegedly collaborating with the blacklisted Muslim Brotherhood group.

Mohamed Fahmy, Baher Mohamed and Peter Greste were arrested in Cairo on December 29 and charged with reporting news that was “damaging to national security,” according to the Egyptian judicary.

The three have now been held for 176 days on charges that Al Jazeera strongly denies. Al Jazeera stands by its reporting from Egypt and continues to demand the release of its journalists.

Al Jazeera English’s Managing Director Al Anstey said the journalists were being held “simply for doing their job and carrying out the highest quality journalism”.

Since their arrest, both current and former colleagues of the three journalists have continued to call for their release.

Mohamed Fahmy has been described by fellow journalists as tenacious and truthful.

“Egypt needs journalists like Mohamed Fahmy – journalists who are the antithesis of the TV presenters, talk show hosts, and reporters in today’s Egyptian media, who woudn’t know integrity if it hit them on the head,” said Al Jazeera producer Yasir Khan.

US-based PBS network’s correspondent Margaret Warner, who has worked with Fahmy in Cairo, also had high praise of his professionalism.

Baher Mohamed has been described as courageous journalist who loves his profession.

“Even though was covering the descent of his country into a nightmare state, [Baher] showed up at the ready every day, never taking sides, always with contacts from all sides,” wrote Al Jazeera’s online reporter D.Parvaz, who worked with him during the violent crackdown on anti-coup protesters in Cairo last year.

Friend and colleague of Peter Greste, correspondent Nazanine Moshiri said that his stories, both on television and online, were a journalistic lesson in how to approach journalism with integrity. 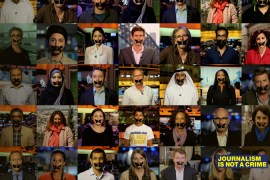 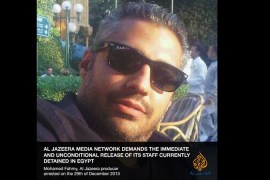 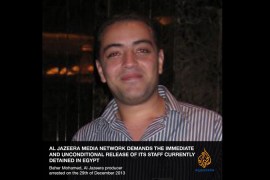 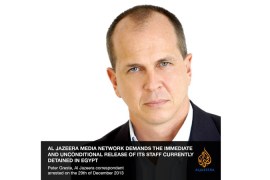