Islamabad, Pakistan – The recent rise in attacks on Pakistan-Afghan border has deepened hostility between the two Asian neighbours, as both Kabul and Islamabad have vowed to resort to armed retaliation.

Afghan government pulled out of a security meet scheduled on June 4 in Islamabad, accusing Pakistan army of firing rockets, missiles and shelling from helicopters gunships inside its territory to disrupt the second round of presidential elections scheduled for June 14.

On June 5, seven Pakistani soldiers were killed and several others injured after fighters opened fire at a post in Bajaur, Federally Administered Tribal Areas, from their alleged hideouts inside Afghan territory.

This was the fifth attack by fighters from Afghanistan in the past two weeks following which Islamabad pledged to retaliate in self-defence if such attacks were not stopped.

“This is too much, [militants] are coming in lashkar [army] of 150 to 200 from across the border,” foreign office spokesperson, Tasnim Aslam, told Al Jazeera.

Pakistan also said that Afghanistan’s decision to withdraw from the talks was “not right”.

“We need to talk [on border attacks] and ensure concrete steps to stop militants attacking our forces,” Aslam said.

Afghanistan has accused Pakistan of harboring fighters loyal to Taliban who fled across the border after the US invasion of the country in 2001.

The two Asian countries share 2,640km long porous border that has remained volatile, as rebel fighters have used border areas as hideouts for attacks on either side.

Late last month about 200 fighters crossed the border from Ghund area in Kunar province of Afghanistan and attacked Nao Top post in Bajaur.

“The army repulsed the attacks after fierce gun fighting with reinforcement of helicopter gunships. The intruding militants fled to Afghanistan suffering heavy casualties,” a senior security official in Pakistan, who requested not to be named, said.

The incident echoed in Afghan parliament, where legislators did tough talking on the issue.

“Afghan forces are capable to retaliate, we are waiting orders from civilian administration,” Interior Minister Bismullah Khan Mohammadi was quoted as saying by the local media.

General Shah Nawaz Tanai, a war veteran and former Afghan minister of defence, said that Pakistan and Afghanistan did not have the capacity to manage the border.

“I believe without the assistance of international powers particularly the US, none [Pakistan and Afghanistan] is capable to manage the armed conflicts along border,” Tanai said.

But many analysts believe that the two countries have exaggerated the border tension.

“No doubt there are cross-border militant attacks and skirmishes between security officials, but the claims are mostly exaggerated,” Sami Yousufzai, a senior Afghan political analyst, told Al Jazeera.

Muddasir Ali Shah, a political commentator and editor of Kabul-based Pajwak news agency, believes that the recent escalation in border attacks is the “handiwork” of intelligence agencies of both the countries.

“I am not the only person believing that border attacks are the handiwork of intelligence agencies but majority of political commentators think so,” Muddasir told Al Jazeera.

Brig Said Nazeer, a Pakistani defence analyst, however, said that fighters wanted to build pressure on [Pakistan] army in the tribal regions of Mohmand and Bajaur to divert its attention from military operation in North Waziristan.

Meanwhile, on June 10, the Pakistani army said it has carried out airstrikes on fighters in a tribal region near the Afghan border in the Tirah Valley of Pakistan’s Khyber trial region destroyed “nine terrorist hideouts” and killed at least 15 fighters. 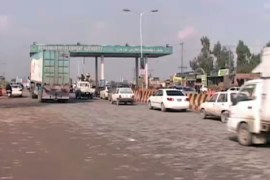 Trucks are travelling once again through Pakistan to bring supplies to NATO forces in Afghanistan. 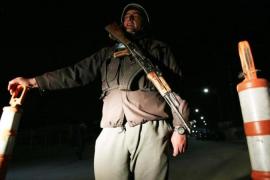 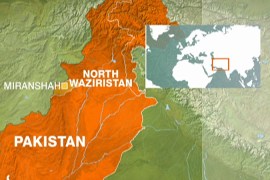