Millions have cast their ballots in the eighth phase of polling across seven states in India’s staggered parliamentary elections.

Officials say the turnout has been higher than in 2009 parliamentary elections.

Wednesday’s poll, in which about 180 million voters were eligible, will decide the fate of 1,737 candidates – including Rahul Gandhi from Amethi, cricketer-turned-politician Mohammed Kaif from Phulpur in Uttar Pradesh, and Rabri Devi, a former chief minister of Bihar.

Rahul Gandhi, scion of Nehru-Gandhi dynasty, on Wednesday urged voters to come out in large numbers to cast their ballot in the family borough of Amethi in Uttar Pradesh, India’s most populous state.

About 55.52 percent voters cast their votes in Uttar Pradesh, where 243 candidates competed for 15 seats.

Already elections have been completed in 438 of the 543 constituencies. On Monday, 41 seats will go to polls in the last round.

India’s communist party CPI(M) and other opposition parties accused the ruling government of rigging in several parts of the state, but authorities said the polls were largely fair.

Police fired tear gas at a crowd calling for a boycott of the election in the town of Baramulla where resentment against Indian rule runs deep, according to AFP news agency.

“These elections give these (Indian) forces the right to humiliate us, kill us and work against us. That is why I protest,” said Nazir Ahmed, who works on an orchard, in Baramulla.

Suspected rebels also hurled a grenade outside a polling station that wounded an Indian paramilitary trooper. The previous two polling phases in the disputed region were also marred by anti-election boycott calls.

In Seemandhra region in soon-to-be-divided Andhra Pradesh more than 76.01 percent polling was recorded for 25 seats.

Himalayan state of Uttarakhand witnessed 62 percent of voting during the single-day polling for all the five seats while neighbouring Himachal Pradesh recorded 66 pecent voter turnout.

About 58 percent voting was registered in seven Lok Sabha seats of Bihar where authorities said one person was killed in police firing in Ramnagara village of Sitamarhi district during the voting.

About 64 seats throughout the country were up for grabs in the penultimate stage of the election, which wraps up on May 12 with results announced four days later. 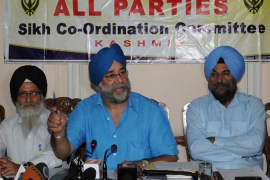 A tiny but influential minority in the disputed region is torn between casting votes and supporting Muslim majority. 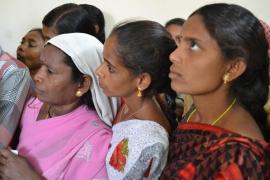 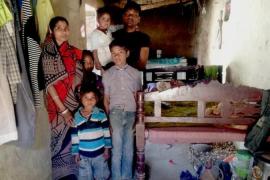 Sunita Kori in Uttar Pradesh’s Amethi says politicians visit her home during polls but never act on their promises. 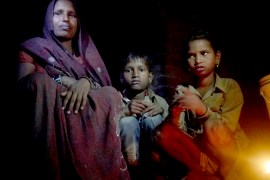 Despite any visible signs of development, this VIP constituency is still loyal to first family of Indian politics.