As the Yemeni army embarks on what it says is a massive military campaign to root out al-Qaeda suspects in Shabwa province, questions arise over the fate of the political process in the country four months after the conclusion of the National Dialogue Conference (NDC), which was officially inaugurated on March 18, 2013.

Yemeni President Abd Rabbu Mansour Hadi urged his beleaguered people then to have high hopes. Security problems, however, have gone from bad to worse amid a series of al-Qaeda attacks in the country.

The NDC was part of a peace plan initiated in 2011 by Yemen’s six neighbouring Gulf countries and the United Nations that ended the 33-year regime of former President Ali Abdullah Saleh, following a wave of Arab-Spring-inspired protests in 2011.The conference brought together 565 delegates, representing supporters of the toppled president, his opponents, youth, the northern Shia Muslim Huthi, southerners, Islamists, women and civil society organisations.

For months, the participants discussed key issues such as addressing grievances of southerners and Huthis, human rights, restructuring the military and security apparatus, sustainable development, social justice and sound governance.

Despite the boycott of some southern factions, the conference ultimately approved hundreds of binding recommendations, including changing the country into a federal state comprising six semi-autonomous regions and extending Hadi’s term until a new constitution is drafted.

The conference also approved giving the disgruntled southerners half of the seats in the army, judiciary and other decision-making positions for the first voting term, as well as the disarming of fighter groups.

At the official conclusion of the conference on January 25, Hadi optimistically announced that the reconciliation talks were a success unprecedented in Yemeni history. But critics maintain it is too early to claim success, as the outcome has not been put to the test.

“For the organisers, success means coming out of the conference with some theoretical guidelines,” Khaled Abdul-Hadi, a columnist at Al Masdar daily newspaper, told Al Jazeera. “Other than the formation of the constitution drafting panel, no big and concrete recommendation has been translated into action yet.”

Meanwhile, Mouta’ab Baziad, a representative of the Islamist Islah Party, told Al Jazeera that the biggest achievement was “bringing together feuding parties and opposing groups to produce a unified roadmap”, referring to the forces that revolted against the former president and those who backed him.

In February, the UN Security Council issued Resolution 2140, threatening to impose sanctions, including travel bans and asset freezes, on anyone who obstructed the implementation of the outcome of the NDC. A year ago, the Security Council signalled that the involvement of Saleh and former Vice President Ali Salem Al-Beidh undermined the transitional process.

Other than the formation of the constitution drafting panel, no big and concrete recommendation has been translated into action yet.

“UNSC Resolution 2140 was designed to give those supporting the transition the tools they need against those who attempt to spoil or undermine the transition,” a foreign diplomatic source told Al Jazeera on condition of anonymity because of the sensitivity of the issue.

Observers in Yemen also believe the Security Council’s resolution has so far prevented obstruction of the NDC’s desired outcomes. The former president has recently enjoyed a better rapport with Hadi after months of tension over allegations that Hadi backed his opponents, Abdulfattah Haidrah, an independent writer and journalist based in Dubai, told Al Jazeera.

“The recent rapprochement between Saleh and Hadi is one of the positive effects of the resolution, as the former president feared that he might be designated as a spoiler if he remained at loggerheads with Hadi,” Haidrah said.

Still, many other influential forces continue to stand in the way of executing the conference’s recommendations.

Armed groups in Shabwa, Mareb and Hadramowt provinces have blown up gas and oil pipelines, demanding the government either release imprisoned relatives or provide jobs. With economists predicting the country will need billions of dollars to fund the NDC transition, such attacks threaten an important revenue-generator for the cash-strapped country.

“The main challenges [to the political process] include the weakness of the current central government, its lack of competence and harmony, the growing violence, the emergence of armed forces like the Huthis and the South Movement’s non-compliance with the recommendations,” Haidrah said.

Pro-secession calls by some factions in southern Yemen remain one of the biggest challenges not only to the implementation of the conference’s recommendations, but to the existence of a united Yemen, observers say.

Hadi, who comes from the south, offered many incentives to tempt the southerners to join the talks. In addition to the seats, the government issued an official apology for the 1994 civil war and reinstated thousands of southerners in military and public service who were dismissed by the former president.

Since 2007, thousands of southerners have been organising protests to demand the break-off of the former south Yemen state that merged with the north in 1990. The southerners say that after the civil war between south and north in 1994, northerners have exclusively controlled power and wealth.

“Hadi represents the struggling political forces in the north,” said Ali al-Khathiri, a leading figure in the League of the People of South Arabia Party, one of the factions that advocates for the break-off of the south and boycotted the NDC.

“Some people wrongly describe the southern issue as some people who seek jobs and other economic benefits. It is the case of a nation that was occupied by another country in 1994. The people seek the independence and liberation,” he told Al Jazeera.

Amid this backdrop, Haidrah warned that Yemenis are increasingly losing faith that the NDC will spur genuine change: “People’s hope in the outcomes is waning.” 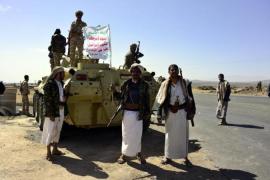 How to stabilise Yemen

In today’s fractured Yemen, the solution is not with Hellfire missiles, it is with fixing the economy. 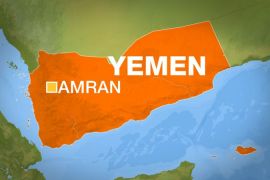 Renewed clashes in northern province of Amran between army and Houthis kill twelve. 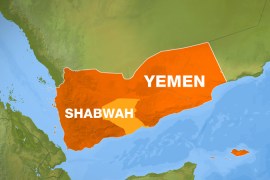