A Turkish court has ordered the arrest of four former Israeli military chiefs over a deadly 2010 raid by Israeli commandos on a Gaza-bound Turkish aid ship which killed nine unarmed human rights activists.

The court in Istanbul will ask Interpol to issue international arrest warrants for the four commanders, Cihat Gokdemir, a lawyer working on the case, told AFP news agency.

Monday’s ruling is part of an ongoing criminal trial in absentia of the four men on charges brought by aid group IHH and the victims’ families in 2012, which has been denounced as a “show” by Israel.

It also follows months of negotiations between former allies Turkey and Israel to end a diplomatic row sparked following the event.

The ruling could jeopardise reconciliation efforts between the countries.

An unnamed Israeli official told AFP the court’s decision was a “ridiculous provocation”.

Turkish officials recently said they were close to a deal that would see Israel pay compensation for the deaths.

Local media said Israel had insisted any deal be conditional on the charges against the soldiers being dropped.

Nine Turkish activists died aboard the Turkish-flagged Mavi Marmara, the lead ship in a six-vessel aid flotilla dispatched by Turkish relief agency Humanitarian Relief Foundation (IHH) to break Israel’s blockade of the Gaza Strip on May 31, 2010.

IHH said that a 51-year-old activist who had remained in a coma following the raid died on Saturday, bringing the number of victims to 10.

“Suleyman Ugur Soylemez became a martyr on Saturday,” a member of the NGO said.

The assault sparked widespread international condemnation and provoked a major diplomatic crisis between the two countries.

Talks on compensation began a year ago after Israel extended a formal apology to Turkey in a breakthrough brokered by US President Barack Obama. 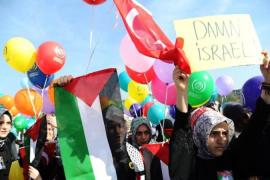 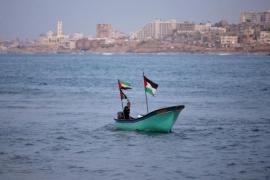 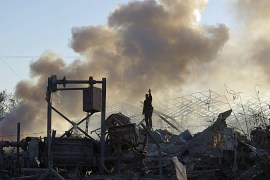 Fun with chronology: misreporting the Israeli assault on Gaza

The media has a habit of using truncated timelines to excuse Israel’s assaults on Gaza.