Far-right and anti-European Union parties have made sweeping gains in the European Parliament elections held over the 28 member states.

Voters in 21 of the EU’s states went to the polls on Sunday, choosing members for the bloc’s 751-seat legislature.

The other seven countries in the bloc had already voted in a sprawling exercise of democracy that began on Thursday in the United Kingdom and the Netherlands.

One of the most significant winners was France’s far-right National Front party, which was the outright winner in France with 26 percent support or 4.1m votes.

The anti-immigration, anti-EU party should win about 25 of France’s 74 seats in the parliament, according to average results from five polling institutes published on Sunday. The party currently holds three seats.

Marine Le Pen, the National Front’s leader, said: “The people have spoken loud and clear. They no longer want to be led by those outside our borders, by EU commissioners and technocrats who are unelected.”

France’s National Front was not the only party benefiting from widespread disillusionment with the EU.

Nigel Farage, leader of the UK’s fiercely anti-EU UKIP party, looked set to score an historic victory over both the Conservatives and Labour.

Official results announced with only Scotland and Northern Ireland left to declare had UKIP with about 27 percent of the vote, some 10 percent higher than the most recent European election in 2009 and with 23 seats. David Cameron’s Conservatives and Labour both won 18 seats.

The anti-immigration and anti-EU Danish People’s Party won its country’s EU election, snaring 26.7 percent of the vote and four of Denmark’s 13 seats.

Exit polls in Sweden showed the Feminist Initiative Party entering the EU parliament for the first time, backed by 7 percent of Swedes. The Green Party surged to 17.1 percent from 11 percent in 2009 and the far-right Sweden democrats won 7 percent support compared to 3.3 percent in 2009.

While Greece’s left-wing opposition Syriza party succeeded in capturing 26.6 percent of the Greek vote on its anti-austerity platform, the country’s extreme right Golden Dawn party was third in the count with 9.4 percent. Golden Dawn, a former neo-Nazi organisation whose leader and members are to face trial for criminal acts including murder, arson and extortion, will send three representatives to the European parliament.

Austria’s far-right Freedom Party advanced to take 20 percent of the vote with an anti-immigrant campaign that called for halving Vienna’s EU contributions and demanded a referendum on the EU’s crucial bailout fund.

The right-wing anti-immigration party in the Netherlands, Gurt Wilders’ Freedom Party, however, was a surprise failure, winning just 12.2 percent of the vote and just three seats, compared with 17 percent in 2009.

In Germany, Chancellor Angela Merkel’s conservatives claimed victory with 35.3 percent of the vote, despite strong gains for the centre-left Social Democrats. A new anti-EU party, the Alternative for Germany made its debut into the parliament, polling 7 per cent.

Despite the anti-EU, or so-called Eurosceptic gains, established pro-EU parties were forecast to remain the biggest group in the parliament.

The conservative caucus, known as EPP, was set to win 211 seats, down from 274, but enough to remain the largest group.

The European parliament’s members have a say in approving all EU laws and also in appointing a new EU commission president. 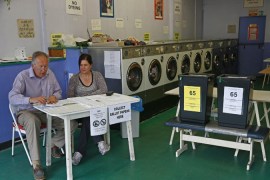 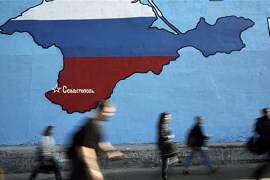