Sharif’s attendance will be a first in the history of the neighbours, which have fought three wars since independence in 1947.

Sharif will have a “bilateral meeting” with Modi on Tuesday morning, according to a statement issued by Pakistan’s Foreign Ministry.

Relations between Pakistan and India froze after an assault on Mumbai in 2008 in which Pakistani attackers killed 166 people.

During the election campaign, Modi took a tough stance on Pakistan’s role in what he called sponsoring terror attacks in India.

But since his victory, Modi has softened his stand somewhat. He has said that he would like to engage India’s neighbours and have friendly relations with them.

Sharif has also said he wants to improve relations with India.

The deadliest attack happened when a roadside bomb exploded near the village of Shati in the Mohmand tribal region, killing six soldiers, the military said.

In a statement, the military said “terrorists” planted the bomb, without elaborating.

In the capital, Islamabad, a bomb exploded in a supermarket parking lot at about 2am on Saturday, killing a guard and wounding a passer-by, Chaudhry Abid, a police officer, said.

A second bomb exploded outside another market about 5km away, breaking windows but wounding no one, Mohammad Shafqat, police officer, said.

No one immediately claimed responsibility for the bombings, though authorities have blamed the Pakistani Taliban for similar attacks across the country.

Two soldiers were killed and three injured in an exchange of fire with fighters in the Landikotal area of Khyber Agency, close to the Afghan border. Eight fighters including one of their commanders were also killed.

Pakistan’s government, led by Sharif, has been negotiating with the Taliban to end their violent anti-government campaign, which has killed thousands. 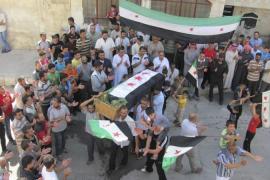 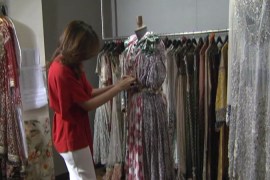 Trade restrictions with India are being loosened as country celebrates 65 years of independence. 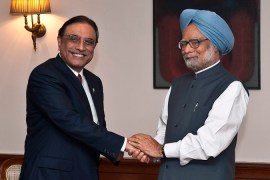 A new chapter in India-Pakistan relations?

As Asif Ali Zardari visits India, we ask whether this signals a thaw in relations between the neighbours.