At least 31 people have been killed and more than 90 injured after two vehicles ploughed into a market and explosives were thrown in China’s restive Xinjiang region, the official Xinhua news agency reported.

Two off-road vehicles drove into a crowd in the regional capital Urumqi on Thursday, with one of them exploding, Xinhua said, in what state-run media called the latest “serious terrorist incident” to hit Xinjiang, home to mostly Muslim Uighurs.

The owner of a small business told Xinhua he had heard a dozen big bangs, the AFP news agency reported.

Pictures posted on Weibo, a Chinese equivalent of Twitter, purported to show victims lying in a tree-lined street.

Flames rose in the background, while other images showed smoke billowing over market stalls behind a police roadblock.

Al Jazeera’s Adrian Brown, reporting from Nanning, said two four-wheel drive cars ploughed into the market and that the explosion appears to have been “very large”.

“This is going to come as a shock to the ordinary Chinese people because they are just not used to this kind of thing,” he said.

Brown said Guo Shengkun, the public security minister, was on his way to the region to assess the situation.

He said information from Xinjiang is tightly controlled by the government, making it hard to establish the exact scale of the attack.

Tensions between Chinese and ethnic Uighurs in Xinjiang have been simmering for years, but recent attacks – while still relatively crude – show an audaciousness and deliberateness that was not present before, the Associated Press news agency reported. They are also increasingly going after civilians, rather than the police and government targets of past years.

In an unprecedented incident last year, three Uighurs rammed a vehicle into crowds in a suicide attack near the Forbidden City gate in the heart of Beijing, killing themselves and two tourists.

And in March, 29 people were slashed and stabbed to death at a train station in the southern city of Yunnan blamed on Uighur extremists bent on waging jihad.

Uighur activists say the violence is being fuelled by restrictive and discriminatory policies and practices directed at Uighurs and a sense that the benefits of economic growth have largely accrued to Chinese migrants while excluding Uighurs.

Thursday’s attack came two days after courts in Xinjiang sentenced 39 people to prison after being convicted of crimes including organising and leading terrorist groups, inciting ethnic hatred, ethnic discrimination and the illegal manufacturing of guns.

Among those convicted Tuesday was 25-year-old Maimaitiniyazi Aini, who received five years in prison for inciting ethnic hatred and ethnic discrimination for comments he made in six chat groups involving 1,310 people, the Supreme Court said.

In another case, a Uighur man was jailed for 15 years after he preached jihad, or holy war, to his son and another young man, according to the court. 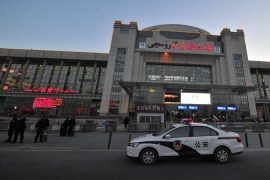 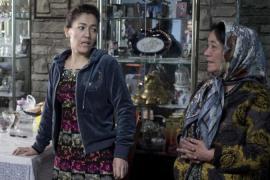 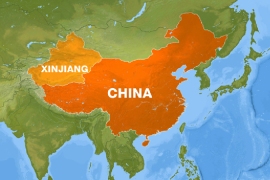