He said the man went missing on Monday from Dera Ismail Khan district of Daraban, in restive Khyber Pakhtunkhwa province close to the border with Balochistan province and South Waziristan tribal district.

“We have kidnapped the Chinese national and we claim responsiblity for it,” Bahar, a commander in South Waziristan told AFP news agency, adding that the man had been taken to a secret location on the Afghan border.

Bahar said the group would use the hostage to get comrades freed from Pakistani custody.

Tasnim Aslam, spokeswoman for the Pakistani foreign ministry, confirmed the kidnapping and told AFP that police had launched a search operation.

The man was the latest foreigner to be seized by fighters in Pakistan.

At least five others are known to be currently captive, including the elderly US aid worker Warren Weinstein, held since August 2011.

The Chinese embassy in Islamabad could not be reached for comment, but in its report on the kidnapping China’s state news agency Xinhua said an official had said the mission was “contacting Pakistan’s relevant departments to verify the incident”. 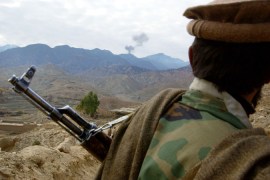 Fate of the boys, seized after mistakenly crossing into Afghanistan, will be decided by top leadership, says spokesman. 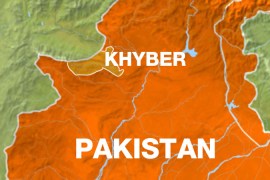 At least four fighters killed in assault on rival group, while an earlier attack on Pakistan army killed 33 people. 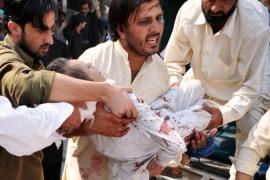 Khyber-Pakhtunkhwa: Surprises in the offing?

Wracked by violence and ineffective governance, Pakistan’s northwest could well throw up an electoral surprise or two.