Fifty-eight people have been arrested in the Philippines for sexual extortion over the internet, local police and Interpol have announced.

Investigators said on Friday that the ring lured Facebook and other social media users into engaging in and recording bouts of “cybersex” with what they thought were young, attractive women, before using the images to blackmail them.

Sanjay Virmani, of Interpol’s digital crime centre, said this type of extortion was practised on a huge, global scale.

“The networks run with just one goal in mind – to make money regardless of the terrible emotional damage they inflict on their victims. The internet is a reflection of society – both good and bad. This operation shows that there is no hiding place… no matter where criminals carry out their crimes.”

Alan Purisima, a Philippine police chief, said the 58 Filipinos arrested would be charged with crimes including child pornography, extortion and fraud.

Purisima said the confidence trick typically involved a “woman” making contact with people overseas via Facebook and other social media.

After getting acquainted with the victims... they engage in cybersex, and this will be recorded unknown to the victims.

“After getting acquainted with the victims… they engage in cybersex, and this will be recorded unknown to the victims,” he said, adding webcams were used to record sexually explicit conversations and actions.

“They then threaten to release it to friends and relatives.”

While he said elderly men were often targeted, minors were also victims.

Detective chief inspector Gary Cunningham, from the Scottish police force’s major investigation team, said a teenager in Scotland had committed suicide after being extorted. Cunningham said the victim was 17 when he died.

More than 530 people in Hong Kong, many aged between 20 and 30, have fallen victim to the trick since the beginning of last year, according to Louis Kwan, a chief inspector in the territory’s commercial crime bureau.

Kwan said Hong Kong victims had paid up to $15,000 in desperate attempts to keep the sexually compromising material private, and had been forced to pay multiple times until they could pay no longer.

However, authorities emphasised the Philippines was not the hub of the global scams, only that the current investigation had focused on the southeast Asian nation.

“These crimes are not limited to any one country and nor are the victims. That’s why international co-operation in investigating these crimes is essential,” Interpol’s Virmani said. 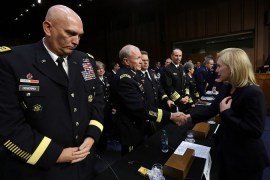 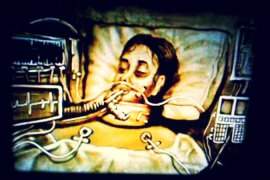 On anniversary of gang-rape and murder of Delhi student, we take a look at artists who are trying to help the cause.