Chinese police have arrested seven people over a train station attack and bombing last month in the regional capital of restive Xinjiang, according to the state-backed newspaper Global Times.

The newspaper on Saturday reported the arrests at a farm in Changji city, north of the regional capital Urumqi where three people were killed and 79 others were wounded in an attack on April 30. The attacker was among those killed.

Two brothers, a cousin and the wife of the attacker were among those arrested, according to the newspaper.

Xinjiang authorities earlier identified the attacker as Sedierding Shawuti, a 39-year-old man from Xayar county in Xinjiang’s Aksu region. His name could identify him as possible member of the Uighur minority.

The attack was the third this year at train stations in China.

The government called the attackers “terrorists”, a term it uses to describe separatists in Xinjiang who have waged a sometimes violent campaign for an independent state.

Xinjiang, a resource-rich state located on the borders of central Asia, has been beset by violence for years.

Exiles and many rights groups blame the unrest on China’s policies, including curbs on Islam and the culture and language of the Uighur people. 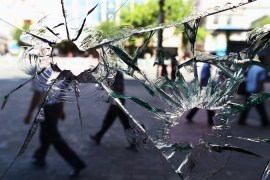 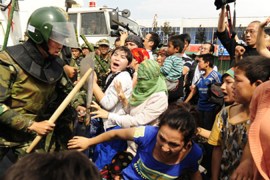