Nigeria’s government has said it is ready to hold talks with Boko Haram to secure the release of more than 200 girls abducted from their school last month.

Turaki, who last year headed a committee pursuing an amnesty pact with some Boko Haram fighters, said “Nigeria has always been willing to dialogue with the insurgents.”

Nigeria has always been willing to dialogue with the insurgents

“We are willing to carry that dialogue on any issue, including the girls kidnapped in Chibok, because certainly we are not going to say that [the abduction] is not an issue,” he said.

The minister’s statement came a day after the Boko Haram released a video in which its leader Abubakar Shekau said the girls abducted last month from a secondary school would be released once Nigeria freed all the Boko Haram prisoners it had in custody.

But that proposal was rejected by the Nigerian government. The United States has also opposed any swap with the US State Department spokeswoman Jen Psaki saying the US’ policy was “to deny kidnappers the benefits of their criminal acts, including ransoms or concessions”.

The commander of US forces in Africa has flown to Nigeria to discuss how Washington can help the hunt for the kidnapped girls.

General David Rodriguez, head of US Africa Command, arrived in in the country, as the US confirmed it was flying manned surveillance aircraft over the country in a bid to locate the girls.

Rodriguez’s arrival is part of forging an agreement that will enable the US to share intelligence with Nigeria from spy planes and other sources, officials said on Tuesday.

“At this point, we are not sharing the raw intelligence data” Pentagon spokesman Colonel Steven Warren told AFP.

The US government insists on elaborate safeguards to govern intelligence sharing with other countries, fearing that sensitive information could fall into an adversary’s hands.

Prior to the kidnapping, Nigeria showed little interest in large-scale cooperation with the US military, and Washington has harboured concerns over what it sees as heavy-handed tactics by Nigerian troops in their fight against Boko Haram fighters in the north.

Despite some US politicians calling for a a military-led operation to rescue the girls, the Pentagon has reiterated that it was not preparing any such attempt by US special operations forces. 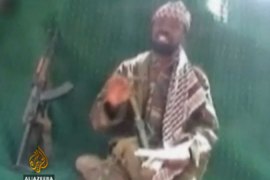 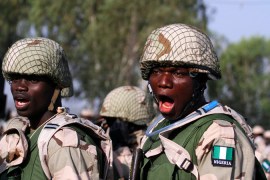 Analysis: Girls’ kidnappings expose a pattern of military inaction in the face of Boko Haram threats. 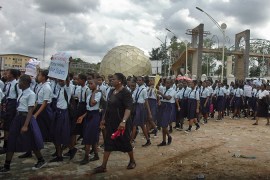 Search for schoolgirls stepped up as Nigeria’s military denies reports it had advance warning of attack on Chibok. 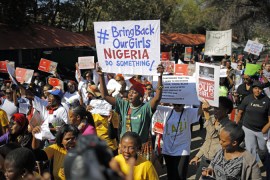