A meeting between Thailand’s interim prime minister and the Election Commission to fix a date for polls has been postponed due to security concern over the venue for the discussions.

“The government has asked to delay the meeting due to security concerns over the venue location,” Election Commissioner Somchai Srisutthiyakorn told reporters on Wednesday.

“We will meet with the government tomorrow at a different venue.”

Somchai did not elaborate but the talks were planned at a government complex in north Bangkok near an anti-government protest site occupied by demonstrators.

Fixing the date for the polls is the latest round in a six-month political crisis punctuated with sporadic violence in the streets of Bangkok, leaving 25 people dead and threatening to tip the economy into recession, even raising fears of civil war.

While the government sees the polls as the best way out of the country’s protracted crisis, the option has been met with staunch rejection by opponents.

Protesters, who have set up base inside a wing of the largely abandoned government headquarters, are holding a news conferences for the international media from there, in a sign of defiance to the wounded administration, the AFP news agency reported.

They are now counting on the upper house of parliament to complete the task of ending the political dominance of the billionaire Shinawatra family, after the Constitutional Court threw Prime Minister Yingluck Shinawatra, and nine of her cabinet ministers, out of office last week for abuse of power.

The opposition wants the Senate to invoke Article 7 of the constitution and seek the king’s blessing for the appointment of a “neutral” premier to replace caretaker Prime Minister Niwattumrong Boonsongpaisan, who was picked by the remainder of  Yingluck’s cabinet.

The crisis is the latest phase in nearly 10 years of hostility – punctuated by a coup and court rulings – between the royalist establishment and Thaksin Shinawatra, a former telecommunications billionaire who won huge support among the rural and urban poor, but angered the Bangkok-based elite and was deposed by the military in a 2006 coup.

In a final bid to keep its grip on power, Shinawatra’s Puea Thai Party is pushing for a July 20 election that analysts believe it would be likely to win.

The Election Commission, which has been accused of sympathising with the protest movement, said it was unsure
whether polls could be held on July 20, as it had earlier tentatively agreed with Yingluck.

It is also unclear whether the acting prime minister has the authority to issue a decree for a new election date.

The opposition is likely to boycott and disrupt the vote, if it goes through, as they did with an election in February which led to the vote being declared void.

“We may have to postpone the July election because the political situation has not stabilised yet and we are running
out of time to organise it,” Phuchong Nutawong, the commission’s secretary general, told the Reuters new agency.

“Today, we’ll discuss whether acting premier Niwatthamrong can issue a decree to be endorsed by the king.”

Niwatthamrong told foreign media on Monday the election date might have to be pushed back.

Some analysts are warning that the crisis could trigger another military coup.

“The game plan of the anti-government protesters is to install their own prime minister,” said political analyst Kan Yuenyong at the Siam Intelligence Unit think-tank.

“If this happens the pro-government side will not accept it and conflict will break out and force the military to intervene.”

The army has a long record of intervening in politics, but military chiefs have stayed aloof from this crisis, insisting that politicians must sort out the dispute. 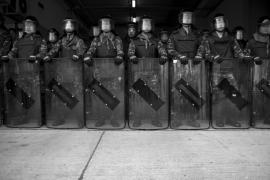 Thailand has been in a state of intense political turmoil as an anti-government movement has taken to the streets. 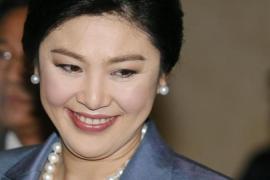