Monday’s declaration added pressure on Kiev to hold talks with the separatists following a referendum on self-rule in the east of the country.

However, Russia has signalled that it has no intention of subsuming eastern Ukraine the way it annexed Crimea in March. Instead, Moscow is pushing to include eastern regions in negotiations on Ukraine’s future.

The declarations of independence by Donetsk and Luhansk come just 13 days ahead of a Ukraine national presidential election, which both regions say they will not take part in.

Acting Ukrainian Prime Minister Arseniy Yatsenyuk pledged on Monday to hold talks with those in Ukraine’s east. But he gave no specifics and did not address Sunday’s vote or the recent declarations of independence.

“We would like to launch the broad national dialogue with the east, centre, the west, and all of Ukraine,” Yatsenyuk told a news conference in Brussels, adding that the agenda should include changes to the constitution to give more power to the regions.

Ukraine’s central government and the international community say that the Kremlin has encouraged weeks of unrest in eastern Ukraine in a possible attempt to grab more land, but Russia denies these accusations.

The US said that it does not recognise the “illegal referendum” held over the weekend.

UN Secretary-General Ban Ki-moon urged both sides “to find a way back to the spirit of compromise” exhibited on April 17 in Geneva when Russian Foreign Minister Sergey Lavrov, US Secretary of State John Kerry and diplomats from Ukraine and Europe agreed on tentative steps to halt violence and calm tensions – and to implement the accord.

“There is still time halt the descent of Ukraine into full-blown conflict,” Ban said.

But Lavrov said Moscow saw no need for another four-way meeting, saying Ukrainian authorities should focus on a dialogue with the east.

He accused Washington and Kiev of stonewalling the OSCE plan and warned that efforts to defuse the crisis wouldn’t succeed without “engaging opponents of the regime in a direct dialogue”.

Meanwhile, Russian President Vladimir Putin has said that he is “supportive” of the OSCE’s de-escalation roadmap for Ukraine, according to the European security body. 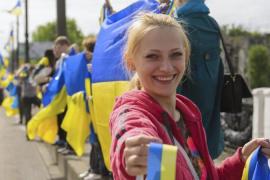 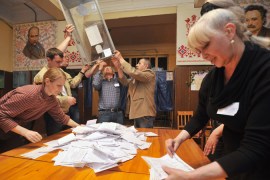