When they saw three young architects building Dawud’s winter house in Jericho, in the occupied West Bank, using bags filled with a soil mix of clay, sand and gravel, they were quick to mock the 45-year-old.

“My neighbours perceived building from mud at first as a step backward. They found the shape of the domes strange and didn’t take the project seriously. Even the workers were suspicious about the capacity of the house to be habitable,” Dawud told Al Jazeera.

Danna Masad, one of the architects at ShamsArd Studio, which built the house, recalled similar reactions: “One of the neighbours, who was building his own house at the time with cement, said he will be done with his construction before we raise Ahmed’s house from the foundation,” Masad told Al Jazeera.

But while the architects busied themselves with Dawud’s home last year, Nesher, an Israeli company that exports the vast majority of cement used in the occupied Palestinian territories, suddenly stopped the supply for almost a month because of cement shortages in the Israeli market. A few months later, the price of cement sold to the Palestinians also increased – and Dawud’s neighbours stopped mocking his use of natural, cheaper materials.

“The neighbours loved it, and many people came to see it, even from Ramallah,” Masad said of Dawud’s winter home, known as the “moon house” after the moon-like cocoon of the design first developed by architect Nader Khalili.

“I am really happy and satisfied with the way my house turned out. And once it was finished, many people changed their minds and were impressed with its style,” Dawud added.

Dawud grew up in an overcrowded Palestinian refugee camp in Jordan called al-Wihdaat. His family lived like most others in the camp, in a small house made of concrete blocks, but he always dreamt of living in a house made of natural materials.

Dawud, a journalist, returned to the West Bank after the Oslo peace agreement was signed between Israel and the Palestinian leadership in the early 1990s. He moved into a stone house in Ramallah, a mountainous area where readily available stone has been used as the primary building material for centuries.

I fell in love with the idea and wanted to try something innovative.

A year and a half ago, while out shopping for a sofa, he walked into an exhibition showcasing the works of three Palestinian architects. Masad, Rami Kasbari and Lina Saleh had just opened their studio, ShamsArd, in Ramallah, and were using recycled construction materials to build elegant furniture – tables, chairs, sofas and shelves.

Impressed with their work, Dawud contracted them to build his home in Jericho from mud, a material typical to the Jordan Valley, a desert area that makes up much of the eastern border of the occupied West Bank.

“I planned to build with mud bricks. But there are not many experts in that technique, and earth bags turned out to be cheaper than any other building material, including mud bricks. I fell in love with the idea and wanted to try something innovative,” Dawud explained.

Marwa Yousef, a Palestinian architect who builds with mud bricks, explained: “Mud brick as a construction material improves the internal environment of the houses – it keeps the temperature stable throughout the year. It doesn’t get very hot in summer, nor very cold in winter. It was mainly used in Jordan Valley because it’s easily available there.”

Yousef says the technique is at least 6,000 years old, and was widely used in historic Palestine until the introduction of cement in the mid-20th century.

Stringent Israeli restrictions on the import of construction materials to the occupied Palestinian territories have forced Palestinians to think of alternative ways to build their homes.

Mud bricks and straw made a comeback in the besieged Gaza Strip in 2009, after a major Israeli military attack on the Palestinian territory, known as Operation Cast Lead, left 1,400 Palestinians dead and levelled more than 3,500 houses.

While the United Nations agency for Palestinian refugees (UNRWA) planned to build about 120 houses from mud bricks at a cost of $10,000 each in Gaza after the Israeli attack, reports detailed how Palestinians were building their own mud-brick homes in Gaza at even lower costs.

The practise soon became more widespread in the occupied West Bank, partly as a way to limit rebuilding costs for Palestinians whose homes were threatened with demolition by the Israeli army.

In the Jordan Valley, 87.5 percent of which falls under full Israeli military control (known as Area C), Palestinians struggle to obtain building permits from the Israeli authorities. Forced to build without permission, Palestinians regularly see their homes demolished, and entire communities have been destroyed.

“A big advantage of mud over cement is that it’s not only cheaper, but you can also easily rebuild with it. If [a home] was demolished, you just need to add water and mix it,” Alberto Alcalde, an architect at ARCO, an Italian architects’ cooperative working in the West Bank, told Al Jazeera.

ARCO designed and oversaw the building and renovation of schools using bamboo and mud in two Palestinian-Bedouin communities under constant threat of demolition – Abu Hindi and Khan al Ahmar which are located between Jerusalem and the Israeli settlement of Ma’ale Adumim.

“The school was built by the local Bedouin community, so they could also learn the technique. One of the community leaders told us that should the Israeli army demolish the school, they have materials and the know-how to manage without our assistance, and they can rebuild on their own,” Alcalde explained.

“Although this type of architecture is stigmatised here, people of the Abu Hindi [village] were very impressed with the final results. One of the teachers working in that school adopted some mud brick elements when renovating his own house,” he said.

VIDEO: Last shepherds of the Valley

Despite its benefits, earthen architecture carries a stigma of poverty in Palestine. In the Palestinian refugee camp of Ein Sultan in the Jordan Valley, huts made out of mud look as though they have been abandoned. Straw and palm leaves stick out from their roofs and tilted, unmaintained walls barely stand upright.

“When you make a roof out of mud, wood and straw – the traditional way – you have to maintain it yearly. So when people stop maintaining, the building is not comfortable and it starts leaking. That’s why people relate it to houses that are not well-made,” said Masad, from ShamsArd.

“Traditionally, it’s the architecture of the poor, and [people] do not want that stigma. They want to move up, [to places] like Ramallah,” she said.

But that perception is slowly changing, and more and more people are approaching the organisation with requests to build their homes, and other large-scale projects, out of sustainable materials, Masad said.

“The outlook is promising and we are looking at major construction plans based on earthen architecture.” 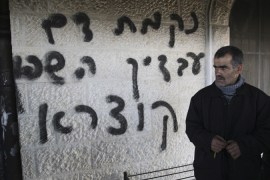 Have Palestinian leaders failed their people? 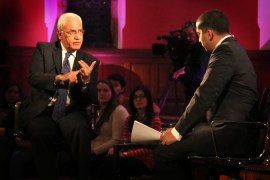 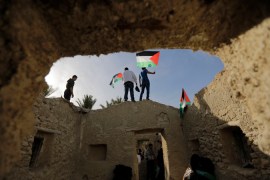