Minya, Egypt – Five months ago, 30-year-old Abu Bakr Ismail, a pharmacist and father of two, was arrested and taken to jail. The move stunned his family, who say Ismail was an observant, traditional Muslim.

“My brother is an innocent man,” 29-year-old Amr Ismail said. “He was arrested because he was bearded and memorised the Quran.”

On Monday, he became one of the 683 people sentenced to death in a Minya court for charges relating to rioting at a police station in Edwa on August 14 last year – the same day security forces killed hundreds of protesters in Cairo.

All defendants, including the imprisoned Muslim Brotherhood supreme guide, Mohamed Badie, were accused of being members or supporters of the outlawed Brotherhood and Mohamed Morsi, who was removed from the presidency by the army last year.

My brother is an innocent man. He was arrested because he was bearded and memorised the Quran.

Before the sentences can be carried out, Egyptian law requires the presiding judge to confirm them after referral to Al-Azhar Grand Mufti, Shawki Allam, who can reject or accept the ruling. Many believe this is simply a formality.

Late Monday evening, the Egyptian prosecutor general, Hesham Barakat, issued notice to appeal against the sentence, but this has not comforted family members of the accused.

Nahed Mohamed, the wife of Ezzat Mohamed, 44, said she had no idea why her husband was arrested while praying in a Minya mosque. Since Monday’s sentence was passed, she and their four children have been praying for his release.

“What can I do? The judges have the final word,” she said.

The court also upheld 37 of 529 death sentences it handed down late last month against accused Muslim Brotherhood members, with the remaining 492 sentenced to life in prison.

Of the 683 men sentenced on Monday, several dozen were in custody, while those still at large have been offered a retrial if they turn themselves in.

The Brotherhood’s political wing, the Freedom and Justice Party, said the ruling “contradicts all of the world’s legal norms”.

“It is impossible to believe that such proceedings could meet even the most basic standards of justice,” said Jen Psaki, a spokesman for the US State Department, while Amnesty International said the trials were “deeply flawed and grossly unfair”.

Amr Ismail said each of the convicted men, including his brother, had more than 100 pages of allegations brought against them, but they were not allowed to see any of the evidence.

In Cairo, small clashes and protests broke out over news of the sentences. Arrests and injuries were reported at the Al-Azhar University campus after police and security personnel confronted demonstrators there, but the rest of the city remained relatively calm. 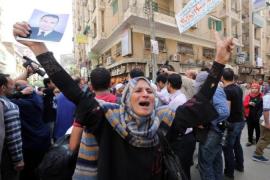 Is Egypt on the judicial skids?

Egypt is in danger of being viewed as a country that is contemptible of the rule of law. 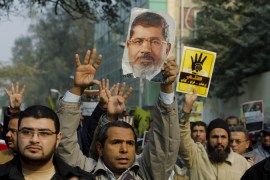 Egyptian court sentences 529 members of the outlawed group to death on charges of murder. 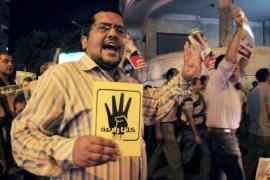 The Muslim Brotherhood dilemma: where to go from here?

The Brotherhood needs to rethink its strategy if it wants to be an actor of change.