US Secretary of State John Kerry has said that Israel risks becoming “an apartheid state” if there is no two-state solution to the Israeli-Palestinian conflict.

Kerry’s comments were published on Sunday by The Daily Beast news website, which obtained a recording of his remarks on Friday to the Trilateral Commission, a non-governmental organisation which includes senior officials and experts from the US, Western Europe, Russia and Japan.

“A two-state solution will be clearly underscored as the only real alternative. Because a unitary state winds up either being an apartheid state with second class citizens – or it ends up being a state that destroys the capacity of Israel to be a Jewish state,” said Kerry.

“Once you put that frame in your mind, that reality, which is the bottom line, you understand how imperative it is to get to the two-state solution, which both leaders, even yesterday, said they remain deeply committed to.”

The US-based The Daily Beast reported that senior US officials have rarely used the term in reference to Israel.

Jen Psaki, the spokesperson for the US State Department, said: “Secretary Kerry, like Justice Minister Livni, and previous Israeli Prime Ministers Olmert and Barak, was reiterating why there’s no such thing as a one state solution if you believe, as he does, in the principle of a Jewish State.”

“[Kerry] was talking about the kind of future Israel wants and the kind of future both Israelis and Palestinians would want to envision. The only way to have two nations and two peoples living side by side in peace and security is through a two state solution. And without a two state solution, the level of prosperity and security the Israeli and Palestinian people deserve isn’t possible,” she added.

Kerry has been conducting more than a year of intensive shuttle diplomacy trying to broker Israeli-Palestinian peace.

Earlier in April, he urged Israeli and Palestinian leaders to prevent the negotiations from collapsing, saying it was regrettable that both sides have taken steps recently that are not helpful in promoting peace and ending the decades-long conflict between the two sides.

The “crime of apartheid” include “inhumane acts… committed in the context of an institutionalized regime of systematic oppression and domination by one racial group over any other racial group or groups and committed with the intention of maintaining that regime,” according to the 1998 Rome Statute.

Apartheid was insitutionalised from 1948 to 1994 in South Africa, and was a means of racial classification and segregration. 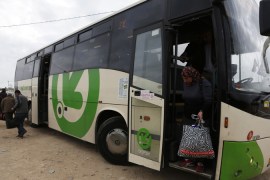 On the road to Israeli apartheid?

As Palestinians-only bus services spark a debate, we ask if it indicates an Israeli policy of systematic segregation. 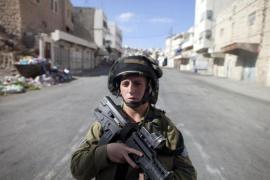 The structural roots of Israeli apartheid

Recent rulings by the Israeli high court have made a mockery of the concepts of equality, justice, and dignity for all. 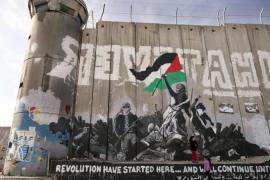 Israel is an apartheid state (no poll required)

A new Ha’aretz poll indicates a majority of Jewish Israelis favour apartheid – but that’s nothing new. 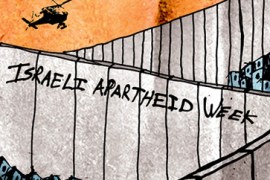 Is criticism of specific Israeli policies raising doubts about its right to exist?