Ramallah, West Bank – Palestinian President Mahmoud Abbas has said that he is still interested in extending talks with Israel despite ongoing challenges, and that a new government approved by Hamas and Fatah will follow the programme of the Palestine Liberation Organisation (PLO), which recognises Israel.

“If you want negotiations, stop all settlements: Don’t tell me planning, don’t tell me zoning, don’t tell me tenders,” Abbas said, addressing Israel in a speech during the 26th meeting of the PLO’s Central Council, a body of the umbrella organisation representing all factions except Hamas. The two-day conference is being held to assess future Palestinian strategy just three days before a deadline for US-backed talks.

In a speech that lasted more than an hour, Abbas said he would lead a government of “national consensus” – one that includes independent technocrats, but not members of either Fatah or Hamas. On Thursday, Israel froze talks with the Palestinians after a unity deal between the two parties, who have been feuding since 2007, was signed in Gaza.

Abbas said, however, he would not agree to Israel’s insistence on a Palestinian recognition of a “Jewish state.”

“In 1993 we recognised Israel and we still do,” Abbas said, adding that Israel can call itself what it wants and noting that Jordan and Egypt, in their peace pacts with Israel, were not asked to make such a statement. “So why am I being asked to do this?,” he said. “I will never recognise it [as such.]”

The crisis in U.S.-led talks first erupted on March 29 when Israel did not release the fourth and final batch of veteran Palestinian detainees incarcerated in Israeli prisons, which led Palestinians to sign more than a dozen international treaties and conventions.

Abbas said that unity between Fatah and Hamas was a necessary prerequisite for talks and a two-state solution, and that there was an Israeli determination not to reach a solution with the Palestinians.

“The Israelis don’t want a wise, reasonable two-state solution,” he said. He praised US Secretary of State John Kerry for what he called “outstanding efforts” in trying to secure a framework for negotiations between the two sides. “In the past 8.5 months I met [Kerry] 40 times,” Abbas said. “This is proof he is serious and determined. But at the end of the day, though, we need to see results.”

But Abbas said achieving Palestinian unity did not necessarily mean an end to peace talks. “During a meeting with Israeli journalists earlier this week I said, ‘I’m married to two women: you [the Israelis] are our partners and those [in Gaza] are my people….”

Abbas added that he believed Israel was approving and supporting the inter-Palestinian feud.

“The Israelis agreed to the rift. Why? Because every time that we came to negotiate with Israel, it said, ‘But with whom shall will we speak with, [the leaders in] Gaza or the West Bank?’ So we made a reconciliation pact, and now they tell us we must choose between Gaza and negotiations.”

The PCC’s chairman, Salim Za’noun, said many issues would be discussed throughout the two-day conference, including holding elections for the Palestinian National Council (PNC) and the PLO’s Executive Committee, as well as joining 63 international organisations and treaties. The PNC is the Palestinian parliament-in-exile and the executive committee is elected by it to make decisions on its behalf, including signing agreements with Israel. 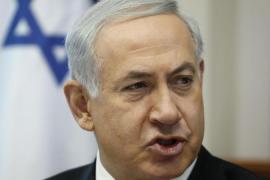 Talks halted in response to a new unity agreement between rival Palestinian factions. 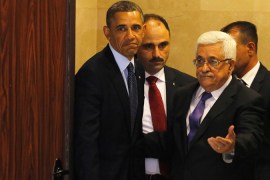 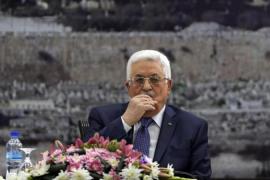 Prime Minister Netanyahu says Israel will take action against the Palestinians, if they press ahead with statehood.