Pro-Russian separatists ignored an ultimatum to leave occupied government buildings in eastern Ukraine and instead seized more buildings as Kiev failed to follow through on a threatened military crackdown.

The armed separatists on Tuesday remained in control of government offices in at least nine eastern towns Ukraine, and stormed a police station in Horlivka despite warnings from Kiev of a military response if they did not withdraw before 6am GMT on Monday.

In a telephone conversation late on Monday the US president, Barack Obama, urged his Russian counterpart Vlaimir Putin to press pro-Moscow groups to lay down their weapons and leave the seized buildings.

“The president emphasised that all irregular forces in the country need to lay down their arms, and he urged Putin to use his influence with these armed, pro-Russian groups to convince them to depart the buildings they have seized,” the White House said in a statement.

The Kremlin however denied any involvement in or influence over groups, and said Putin “underlined that protests in Donetsk, Lugansk, Kharkiv, Slavyansk and other cities in the south-east of Ukraine were the result of the lack of will and inability of the leadership in Kiev to take account of the interests of the Russian and Russian-speaking population.

The inaction by Kiev forces led to rallies on Monday in the capital for more action against the separatists.

Earlier on Monday, Ukraine’s acting president Oleksandr Turchynov suggested to Ban Ki-moon, the UN secretary-general, that UN-mandated troops could get involved in stabilising the country’s east.

The EU meanwhile agreed at a meeting of foreign ministers to expand the list of Russians already subject to visa bans and asset freezes.

The UK’s foreign secretary, William Hague said there could be no “doubt that this has been planned and brought about by Russia,” he said, adding that Russian denials of involvement did not have “a shred of credibility”. 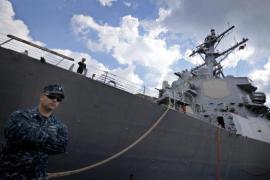 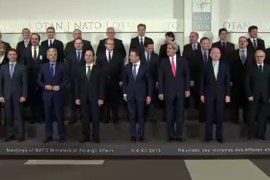