Thousands of supporters of Burkina Faso’s longtime president are calling for a constitutional amendment so the leader
of the West African nation can seek another term.

The rally comes after a series of defections of high-level officials from the ruling party over concerns that Compaore would try to change the constitution in order to run for another term next year.

The defectors have set up their own political party, raising tensions in a country known for its relative stability and economic growth in a volatile region.

Compaore has been in power since 1987. A provision in the constitution bars him from running again when his current term expires in 2015. 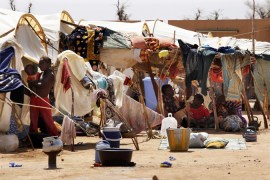 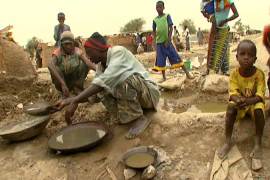 Young people are among thousands flocking to work in illegal pits in West African country. 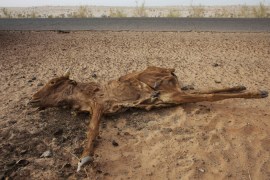 Burkina Faso: Voices from the marketplace

Traders and shoppers in the markets of Burkina Faso tell us how the drought in Sahel is affecting their lives.