Russia has declared its support for Ukraine’s breakaway movement in Crimea, with its parliament welcoming a delegation from the autonomous republic to Moscow and backing its vote to secede from Ukraine.

The developments come even as the Russian government says that despite deep differences with the West on the crisis, it hopes common ground will be found to avoid a new Cold War.

Valentina Matvienko, speaker of Russia’s upper house of parliament, assured Vladimir Konstantinov, Crimean parliament’s speaker, on Friday that the region would be welcomed as “an absolutely equal subject of the Russian Federation if a referendum on March 16 was in favour of the move”.

The speaker of the Russian lower house, Sergei Naryshkin, echoed Matviyenko’s remarks. “We will respect the historic choice of the people of Crimea,” he said.

Konstantinov met top politicians in Moscow before joining a rally in Red Square, which was attended by an estimated 65,000 people, many of whom waved Russian flags and chanted “Crimea is Russia!”

Matvienko’s statement came after Arseny Yatsenyuk, Ukraine’s prime minister, said his country was ready for talks with Russia, but on the condition that the Kremlin withdraw troops from Crimea and agree to stop supporting “separatists and terrorists”.

“We have declared our readiness to hold talks with the Russian government,” Yatseniuk said, listing a number of conditions, including withdrawing troops and “halting support for the separatists and terrorists in Crimea”.

But there seemed to be little hope of those conditions being met. Russia’s Foreign Ministry on Friday accused the EU, one of Yatsenyuk’s primary backers, of taking an “extremely unconstructive position” by threatening sanctions.

The Russian President Vladimir Putin also said that he had many differences of opinion on Crimea with Barack Obama after a phone call with his US counterpart.

Kiev faced further pressure after the Russian gas company, Gazprom, said it was considering cutting supplies to Ukraine after it failed to pay its January bill.

A Ukranian border guard official reported on Friday that there were an estimated 30,000 Russian troops in Crimea, trumping earlier figures of 11,000 given by the region’s leader, Sergei Aksyonov.

Under a 2010 Russia-Ukraine agreement, Russia can have a maximum of 25,000 troops in Crimea.

International military monitors were turned away from Crimea for a second day on Friday by pro-Russian forces manning a roadblock.

Crimean authorities said the monitors did not have “official invitations”.

Russia has repeatedly denied sending troops to Crimea, but says it needs to protect its interests and people in the region.

During a Thursday phone call, Obama urged Putin to engage in diplomacy to defuse the crisis in Ukraine.

But in a Kremlin statement on Friday, Putin said the discussion “revealed the differences in the approaches and assessments of the crisis”.

The Putin-Obama call was the second in six days.

Obama outlined the terms of a compromise during the call, which was along the lines of the terms offered by the Ukraine prime minister.

But Al Jazeera’s Nadim Baba, reporting from Kiev, said “with all those conditions that Arseny Yatsenyuk has put on talking to his counterpart I don’t think the world’s holding its breath right now”. 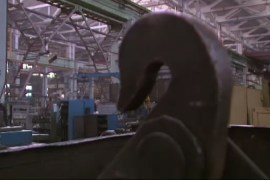 Russian businesses appear to be delaying investment in Eastern Ukraine until the instability is over. 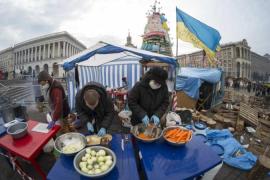 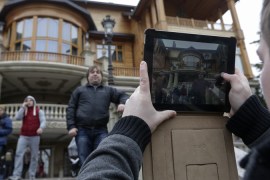 Upheaval in Ukraine: The media angles

We examine how the unfolding crisis has led to key media moments in a country with questionable press freedoms.