The violence erupted as supporters of deposed President Mohamed Morsi took to the streets of Cairo, Alexandria and other cities on Friday to vent their anger at Sisi, who overthrew the Islamist nine months ago.

Mayada Ashraf, 23, who worked for the privately owned Al-Dustour newspaper, was shot in the head while covering clashes in the northern neighbourhood of Ein Shams, the official said. A further three people were killed in the same violence.

Underlining Egypt’s deep polarisation, clashes also erupted between Morsi supporters and his opponents in the northern Cairo districts of Ein Shams and Matareya, the officials said.

Ten Morsi supporters were arrested in clashes with security forces in Damietta province, and 28 were arrested in the southern Minya province for carrying leaflets hostile to the military and the police, they added.

Supporters of the widely popular presidential hopeful, who toppled Morsi after massive street protests against his turbulent one-year rule, also demonstrated to celebrate his candidacy.

Sisi, who was also defence minister and deputy prime minister, announced his resignation on Wednesday to enable him to stand in the election.

His candidacy is likely to further inflame Islamist protesters and worry secular activists who fear a return to rule by the military and the strong-arm tactics of the Mubarak era.

Sisi faces no serious competition in his bid for the presidency and is widely seen as the only leader able to restore order after more than three years of turmoil. 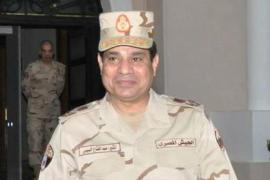 Military chief who toppled Mohamed Morsi says he has decided to give up his uniform so that he can “defend the nation.” 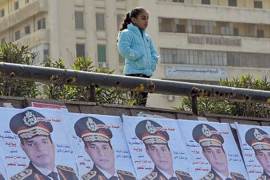 Egypt’s former military leader Sisi declares his candidacy, but some politicians have called the election a ‘farce’. 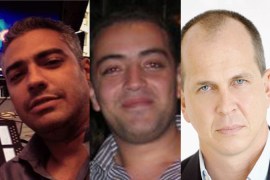