Dirt poor and a single mother of two, Anandhi of the southern Indian city of Chennai hoped to make a quick buck by volunteering to become a surrogate mother.

“I work as a domestic cook in a distant locality and stay away from the children for long hours. I decided to become a surrogate mother at an infertility hospital, with a hope that the payment from the couple would help me start a shop near my house,” she confided in Al Jazeera.

She delivered a healthy child, but her hopes bore little fruit for herself. She was promised $3306, but at the end received only $1653, with an auto-rickshaw driver who served as a middleman to strike the deal, taking a fifty-percent cut.

“After repaying the loans, I did not have enough money to start the shop. My dream was crushed,” laments Anandhi.

As surrogacy-for-money booms and India’s reputation as its global hub grows, it is seemingly being largely built on shattered hopes and broken promises sold to surrogate mothers like Anandhi.

Under the arrangement, women like Anandhi carry and deliver a child for another couple. In 2011, some 2,000 childless couples from abroad used the services of Indian surrogate mothers to realise their dreams of having a child. Renting a mother is cheap and unlike in many other countries, also legal in India. But after the babies are born, the mothers are usually left high and dry.

In fact, the hospital where the 29-year-old Anandhi gave birth to the child on behalf of another couple, gave her a raw deal, refusing to provide free medical treatment when she suffered post-delivery complications a few weeks later.

“The hospital said, I would have to pay for the medical treatment. They did not bother to provide me the treatment free because I had already delivered the baby…It was unfair.”

But in an initiative – the first of its kind in India – that “unfairness” is now being challenged by a group of Chennai-based social workers who have set up the Global Surrogate Mothers Advancing Rights Trust [G-MART] http://www.surrogatemotherstrust.org/) that aims to safeguard the rights of the poor women who are offering to become surrogate mothers in the region.

Since its inception last year, the group has launched a sensitisation drive, involving Assisted Reproductive Technology (ART) clinics, health activists and ordinary citizens – highlighting the exploitation that is rampant in the surrogacy service.

G-SMART’s first priority has been to try and eliminate the role of middlemen – the auto-rickshaw drivers and village quacks who traditionally delivered prospective mothers to hospitals in Chennai for surrogacy.

“After we began our campaign, several hospitals have stopped the procurement of women for use in surrogacy from the network of those middlemen,” says A J Hariharan, chairperson of G-SMART.

Much else remains to be done, though, in giving the women – mostly uneducated and poor – a fair deal.

According to guidelines set by the Indian Council of Medical Research (ICMR), http://icmr.nic.in/art/art_clinics.htmthe intended couples should conduct negotiations with surrogate mothers independently.

But in a blatant violation of the guideline, many ART clinics across the country negotiate with the women offering surrogacy services who are supplied by the middlemen. The women, invariably, lose out in the bargain.

In Chennai though, it is beginning to slowly but surely change with ART clinics roping in the services of G-SMART to facilitate the surrogacy process, points out V Kathiravan, the group’s director.

According to him, it has brought about transparency, fairness and smiles on the faces of the surrogate mothers.

Vasanthi, 32, confesses she volunteered to become a surrogate mother only after being convinced that G-SMART would safeguard her interest.

With middlemen being cut out of the process, she is confident that she would get the entire compensation of $4133, in addition to a monthly living allowance of $115 during the pregnancy.

“If I did not get G-SMART on my side this way, I would have never taken the risk to go for a surrogacy deal through those middlemen.”

Surrogate mothers apart, even infertologists are beginning to laud the initiative.

“It has been widely reported in the media how India’s surrogate mothers often fall victims of exploitation. Now one ICMR-approved NGO has shown us how by keeping the surrogacy deals transparent for all parties, it has successfully curbed the exploitation of the poor women at least in a small region of the country,” says Dr Lakshmanan Saravanan of Abhijay Reproductive Care and Research Centre in Chennai.

Dr Priya Selvaraj, an infertologist with the GG Hospital in Chennai, says that more G-SMART-like NGOs  are needed across the country to curb abuses in the surrogacy service.

“We have always sought good NGOs to function as intermediaries between the ART clinics and the surrogate mothers. We the clinicians should concentrate only on the medical part of the service without involving ourselves in the monetary issues of the surrogate mothers,” Dr Selvaraj points out.

It is easier said than done though.

With surrogacy-for-money banned in most other countries, India is a happy hunting ground for couples from abroad to find a surrogate mother.

In India, there are an approximately 1,200 ART clinics and in Chennai alone, there are around two dozen big infertility hospitals – each hosting close to 200 surrogates. The city is known to be India’s biggest centre for surrogacy service, next only to the town of Anand in Gujarat state.

Unscrupulous practices thrive in the country’s fast-growing ‘In Vitro Fertilisation’ (IVF) industry worth an estimated $1bn a year in the absence of proper regulations.

The Indian government drafted the “Assisted Reproductive Technologies (Regulation) Bill in 2010 with a view to curb the unregulated growth of ART clinics and better monitor the existing clinics in the country. The bill is yet to be passed into law, and with that chances of curbing exploitation of the surrogate mothers, have also diminished.

The biggest odds in getting them a better deal, however, lie in the ignorance and desperation shared by the likes of Anandhi. Renting out the womb is a desperate way to get out of their hopelessness – but often the women get cheated and wound up in more despair. 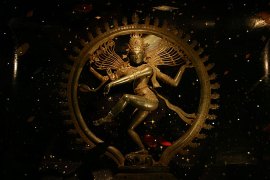 Two statues allegedly stolen and sold as part of audacious art fraud are to be returned to India, officials say. 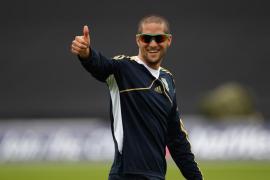 South African omitted from squad to face Netherlands as he needs to appear in a Mumbai court over 2012 drug charges. 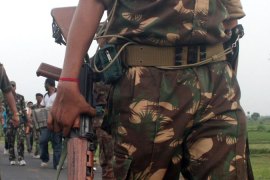 Two men, arrested from Gorakhpur in Uttar Pradesh, were allegedly plotting an attack ahead of elections.