Hundreds of protesters opposed to a far-reaching trade pact with China invaded Taiwan’s cabinet offices, marking a sharp escalation in a student-led movement against the island’s rapidly developing ties with the communist mainland.

An Associated Press photographer outside the offices estimated the crowd on Sunday to number about 800.

Sunday’s action came five days after protesters, the majority of whom were students, occupied parliament after a ruling party politician reneged on a promise to submit the pact for detailed legislative review.

Signed in June by representatives from Taipei and Beijing, the pact is still awaiting ratification by Taiwan’s parliament. It would open dozens of service sector industries in each side’s territory to companies from the other.

Since the protests began, they have attracted tens of thousands of supporters to the area around parliament, in the sternest test so far for President Ma Ying-jeou’s six-year effort to bring Taiwan’s economy closer to China’s.

Earlier on Sunday, Ma said that going back on the pact would undermine Taiwan’s economy and damage its international credibility.

Student leaders rejected Ma’s claims, insisting that tying Taiwan too close to China would harm Taiwan’s hard-won democratic freedoms and pave the way for China’s eventual takeover of the island.

That has been the central goal of Beijing’s Taiwan policy since the two sides split amid a civil war in 1949. 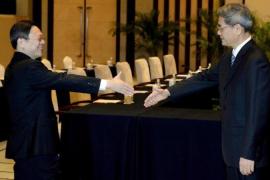 The two governments have not met since they split 65 years ago, following a brutal civil war that left millions dead. 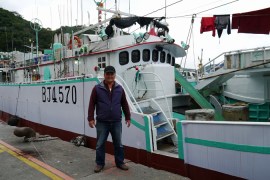 Taiwan: The winner in the China-Japan row? 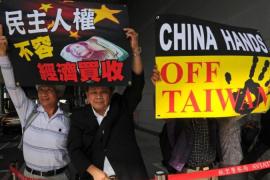