A senior FIFA figure says the world football body is not responsible for labour issues in Qatar following cricitisms of the country’s treatment of labourers in the lead-up to the 2022 World Cup.

In an interview with Al Jazeera, FIFA’s secretary-general, Jerome Valcke, said that while FIFA was supporting talks between Qatar and some unions, it could not be held responsible for issues that were not under FIFA’s umbrella.

“FIFA is not a United Nations. FIFA is about sport,” Valcke said.

“We can’t tell a country what should be their foreign policy. That’s not our role. It’s unfair if we get pressure from the rest of the world saying ‘hey FIFA, that’s what’s happening in that country and you have to change the way the country behaves.

Qatar has faced criticism from human rights groups over the safety and working conditions of migrants – mostly young South Asian men – working in the building industry. The issue has been highlighted in media reports since last year.

Asked how Qatar was progressing in addressing the issue, Valcke said “we are making progress”.

“I am not saying that it will change in six months because that’s not the case, it takes time,” he said.

“What we have to do is to ensure that there will be no more deaths, that you will have a level of safety and security for the people who are working there which is the best.

“Because we cannot afford FIFA to be accused every time there is an accident that we are responsible for this accident.”

He said there would need to be a “real crisis” for a tournament to be revoked from a country.

In October, the Qatar Ministry of Labour announced it had commissioned international law firm DLA Piper to investigate claims of forced labour. After an Amnesty International report was released in November, Qatar’s cabinet appointed a committee to examine the country’s restrictive worker sponsorship system.

The organising committee, Qatar 2022, in November announced it would force World Cup contractors to guarantee welfare standards for workers.

Last month the committee said it would penalise companies or even terminate contracts with those which did not comply with minimum requirements for employment contracts, payment, medical care and living conditions, under a charter it had decided with the International Labour Organisation.

However, the International Trade Union Federation (ITUC) called the charter “a sham for workers” as only companies directly building World Cup venues must abide by it, rather than those with government contracts for the wider infrastructure projects that are required to handle an influx of players, fans and media.

Some reports of abuses have still filtered through.

In December, Amnesty International urged officials to intervene to help labourers “living in desperate conditions” to collect up to a year’s worth of overdue salaries, after it was revealed that dozens of Nepalese workers were starving. 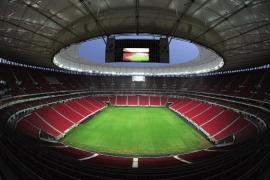 Brazil has to be ready: Valcke

FIFA Secretary General admits delays in exclusive interview with Al Jazeera, confirms there is no Plan B for the event. 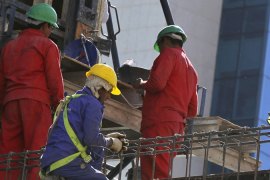 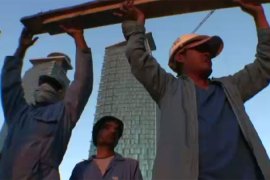 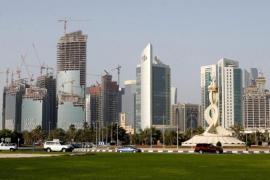 Qatar under the spotlight for workers’ rights

As FIFA meets to discuss plans for the 2022 World Cup, pressure is growing over alleged labour abuses.