Thousands of protesters have taken to the streets in Turkey after the president signed a controversial bill tightening controls on the judiciary, deepening opposition resentment towards a government already struggling with a corruption scandal.

Police used tear-gas to disperse protesters in the capital Ankara on Wednesday, while in Istanbul demonstrators gathered on central Taksim Square, the scene of protests that have dogged the government for months.

Recep Tayyip Erdogan, Turkey’s prime minister, has accused his ally turned rival Fethullah Gulen – a US-based Muslim leader with strong ties to the country’s police and judiciary – of being behind the corruption investigation.

In retaliation, the governing Justice and Development Party (AKP) government has sacked thousands of police and prosecutors.

The latest protests were organised by the CHP amid leak of a second audio recording, presented as the voice of Erdogan, asking his son not to accept an amount of money on offer in a business deal but to hold out for more.

The recording was posted on the video-sharing site YouTube by an anonymous poster using a pseudonym on Wednesday, Reuters news agency said.

“Don’t take it,”  the voice on the latest recording, presented by a user under the pseudonym Haramzadeler as that of Erdogan, says.

“Whatever he has promised us, he should bring this. If he is not going to bring that, there is no need.”

“The others are bringing. Why can’t he bring? What do they think this business is? … But don’t worry they will fall into our lap.”

Erdogan said a similar post on YouTube late on Monday, allegedly of him telling his son Bilal to dispose of large sums of cash as a corruption investigation erupted, was a “vile” montage and “completely untrue”.

Reuters could not verify the authenticity of either recording.

Fikri Isik, Turkish technology minister, said on Wednesday that five officials overseeing the encrypted phones used by the Erdogan’s office had been dismissed.

The tensions come as new legislation gives the Justice Ministry greater control over the Supreme Board of Judges and Prosecutors (HSYK), an independent body responsible for appointing members of the judiciary.

The law, signed into force by President Abdullah Gul on Wednesday, will give the government more say in the naming of judges and prosecutors, a role currently fulfilled by the High Council of Judges and Prosecutors (HSYK).

Critics say the move contravenes the basic principle of the separation of powers enshrined in the constitution.

Gul last week dismissed calls to reject the bill, saying it was not his place to challenge legislation passed by parliament.

He also indicated he would sign another bill strengthening state control over the internet.

Gul said he had objected to 15 provisions that were “clearly unconstitutional”, and that he believed the Constitutional Court would deal with them.

The CHP is expected to file a challenge to the law at the Constitutional Court, seeking its annulment.

But even if the court rules to overturn some articles in the law, the government will have enough time to make changes that will tighten its grip over the HSYK, according to Murat Arslan, president of the Association of Judges and Prosecutors.

The law will come into effect once it is published in the Official Gazette and all personnel of the HSYK, excluding the 20 elected members, will then lose their jobs.

The unelected staff amounts to about 1,000 people, including its secretary-general, inspectors, audit judges and administrative staff, whose positions will then be filled by the justice minister, the Hurriyet daily said. 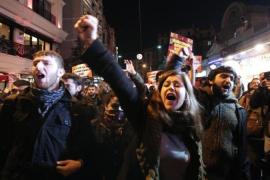 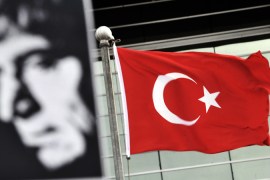 Amid accusations of censorship, is government pressure creating a climate of intimidation for media in the country? 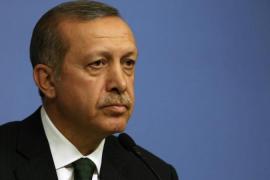 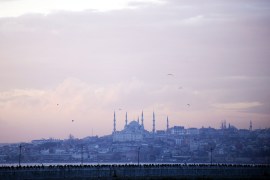