Beachside memorials and religious services have been held across Asia to mark the 10th anniversary of the Indian Ocean tsunami that killed 220,000 in one of modern history’s worst natural disasters.

The devastating December 26, 2004, tsunami, triggered by a 9.3-magnitude earthquake, struck a dozen countries around the Indian Ocean rim.

Indonesian Vice President Jusuf Kalla led a prayer ceremony on Friday in Banda Aceh, the capital of Aceh province and the area that was worst affected by the tsunami.

“Thousands of corpses were sprawled in this field,” Jusuf Kalla told the crowd, many among them weeping. “There were feelings of confusion, shock, sorrow, fear and suffering. We prayed,” he added.

Al Jazeera’s Step Vaessen, reporting from Banda Aceh, said: “In 2004 people were not aware of the dangers of a tsunami, but now people have been trained, warning systems are in place and evacuation shelters have been built.”

The massive waves eradicated entire coastal communities, decimated families and crashed over beaches full of tourists the morning after Christmas.

Among the victims were thousands of foreign tourists enjoying Christmas on the region’s beaches, carrying the tragedy of an unprecedented natural disaster into homes around the globe.

A minute’s silence took place in the resort of Khao Lak in Thailand, much of which was washed away by the towering waves, as mourners each lit a single white candle, some sobbing as they illuminated the darkness.

The Swedish government also organised a memorial at the Orchid resort, where 543 Swedes were killed by the tsunami.

Hundreds of people also lit candles on Patong beach on Phuket island after observing a minute’s silence. Afterwards, many placed the candles into a sand sculpture created by students as part of the memorial service.

President Joachim Gauck of Germany, which lost more than 500 people to the tsunami, said in a message marking the anniversary that “locals and tourists found themselves in a situation in which they had a shared destiny, a bond which can still be felt today”.

Sri Lanka marked the anniversary with a symbolic ride of a train the tsunami had derailed, killing 1,270 passengers.

The mourners boarded the restored Ocean Queen Express and headed to Peraliya – the exact spot where it was ripped from the tracks, around 90km south of Colombo.

Al Jazeera’s Minelle Fernandez, reporting from Peraliya, said the train was packed as it travelled south from Colombo on December 26, 2004.

“Unfortunately, despite the lag time with the tsunami hitting the eastern side of Sri Lanka, the message did not get conveyed to this part of the country. The train left Colombo only to get engulfed in waters”.

In India, tsunami survivors walked for nearly three kilometres in silence through the town of Vailankanni, converging at a memorial set up to honour the dead.

In other towns across India, families gathered to pray for the dead.

While billions of dollars of aid have poured in, some have regained prosperity but others find their lives still hanging by a thread, and a $400m warning system built to help keep residents safe has been undermined by mismanagement and waste. 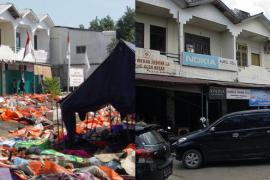 Banda Aceh then and now

Indonesian province bore the brunt of the tsunami, which left terrible death and destruction in its wake. 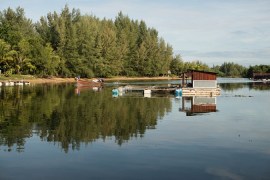 Many have tried to pick up the pieces but memories of the loss of loved ones linger in their minds. 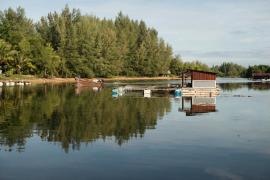 Muslim fishing village was saved by a mangrove forest – and now efforts are under way to save it from developers.