India has deployed military helicopters to hunt down tribal fighters in the northeastern state of Assam after rebels killed 75 people this week.

Tuesday’s attack was the deadliest in the remote area in years.

A military official said helicopters were scouring the jungles of Assam to track down fighters trying to flee to Bhutan and the neighbouring Indian state of Arunachal Pradesh, which has thickly forested mountains, reported the Reuters news agency.

About 5,000 additional soldiers have been deployed to Assam in response to this week’s attacks, the government said.

Assam has a history of sectarian bloodshed and armed groups fighting for secession from India.

Suspected fighters of a faction of the National Democratic Front of Bodoland attacked four villages in the space of an hour on Tuesday, pulling people out of their homes and shooting them dead.

More than half of the victims were women and children of tea plantation workers from outside the state, Tarun Gogoi, chief minister of Assam, said as more bodies were discovered in the remote area.

Officials cited by the AFP news agency said more than 2,000 people had fled their homes in the wake of the attack.

“More than 2,000 villagers have sought shelter in relief camps. People are of course scared and worried about violence flaring up again,” a state welfare official said on condition of anonymity because he was not authorised to speak to the media.

The attacks appeared to have been in retaliation for an offensive that security forces launched against the Bodo faction a month ago that inflicted heavy losses. The group lost 40 men and a huge quantity of arms and ammunition, state police said.

The rebels turned on plantation workers, believing that some were informing the police about their movements.

“This is an act of terrorism. We are going to be very tough,” Rajnath Singh, federal home minister who flew to the state, said.

Narendra Modi, India’s prime minister, whose government took power in May promising economic development and a tough stance on national security, said: “We have said there will be zero tolerance for terrorism.”

The region has trailed the rest of India in economic development and the gap has widened in recent years, fuelling discontent.

For decades, the Bodos have been fighting for a state of their own called Bodoland, accusing New Delhi of plundering their state’s resources and flooding the area with outsiders. 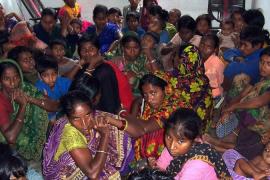 Tensions rise in northeast India as new leaders put the spotlight on illegal immigration from Bangladesh. 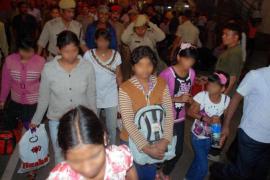 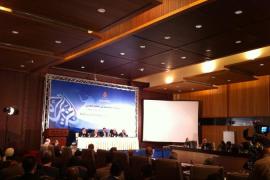 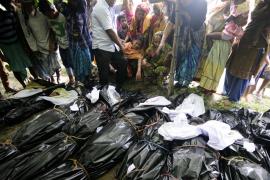