Thirteen fighters have been killed in a shootout with police forces in the Pakistani city of Karachi, according to the police.

A police official has said those killed belonged to the outlawed Tehreek-e-Taliban Pakistan (TTP), or Pakistani Taliban, and were in police uniforms.

“We raided and surrounded the area. We faced resistance from the terrorists and we were involved in an exchange of fire,” Mohammad Ismail said on Monday.

“There were 13 terrorists who were killed. They were in police uniform. We recovered weapons, suicide jackets, ball bearings and other explosives.”

According to the police, one suspect was arrested after the incident.

Pakistani authorities believe that those who orchestrated the school massacre had links to fighters based in Khyber.

The army is fighting offensives against Pakistani Taliban fighters in Khyber Agency and the North Waziristan regions, both located on the Afghan border.

However, the pace of operations has picked up since Pakistani Taliban suicide attackers killed scores of school children and teachers at a military-run high school in the northwestern city of Peshawar on Tuesday.

Since the bloodshed at the school, the government has promised that Pakistan would not discriminate between different fighter factions.

After last Tuesday’s attack, Pakistani security forces have killed more than 200 fighters in Khyber in air strikes and ground operations, according to officials.

Pakistan plans to execute 55 people in the coming days, after their mercy petitions were recently rejected by the country’s president Mamnoon Hussain, according to local media reports.

The government has recently lifted the six-year moratorium on the death penalty, reinstating it for “terrorism-related” cases. 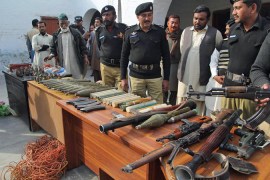 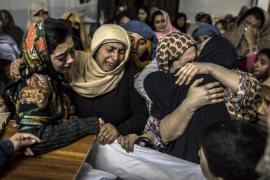 Aftermath of the Pakistan school massacre

Anger simmers and grief all too fresh, but for the residents of Peshawar, school attack is just more of the same. 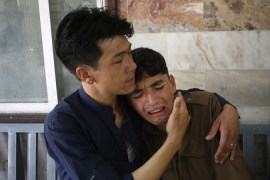