The United States will “respond proportionately” to a North Korea cyber attack that damaged Sony Pictures Entertainment, President Barack Obama has said, after the Federal Bureau of Investigation said Pyongyang was responsible.

“We will respond. We will respond proportionately and we’ll respond in a place and time and manner that we choose,” Obama told an end-of-year news conference at the White House on Friday.

“We cannot have a society in which some dictator [in] some place can start imposing censorship here in the United States.”

Obama also said that Sony Pictures Entertainment “made a mistake” by cancelling the release of the movie, “The Interview,” a satirical film about a plot to assassinate North Korea’s leader.

“Sony is a corporation, they suffered significant damage, there were threats against its employees. I am sympathetic to the concerns that they faced,” he said.

“Having said all that, yes, I think they made a mistake. In this interconnected digital world, there are going to be opportunities for hackers to engage in cyber assaults both in the private sector and in the public sector.”

The FBI said North Korea was responsible for the “destructive” cyber attack and vowed it would hunt down the perpetrators and make them pay.

“Such acts of intimidation fall outside the bounds of acceptable state behaviour,” the FBI said in a statement on Friday, adding it would “identify, pursue, and impose costs and consequences on individuals, groups, or nation states who use cyber means to threaten the United States or US interests”.

The FBI’s case cited, among other factors, technical similarities between the Sony break-in and past “malicious cyber activity” linked directly to North Korea.

The FBI based its conclusion on the following points:

North Korea said it had nothing to do with the devastating attack, according to its UN diplomat.

“DPRK [Democratic People’s Republic of Korea] is not part of this,” the diplomat, cited by the Reuters news agency and speaking on condition of anonymity, said on Friday. He declined to comment further.

It prompted the leak of embarrassing emails, and led to Sony’s cancellation of the Christmas Day release of the film that culminates in a scene depicting the assassination of leader Kim Jong-un.

US cinema chains had said they would not show the film after hackers made threats against cinemas and audiences.

Many in Hollywood and Washington criticised Sony’s cancellation as capitulating to the hackers.

The company defended its decision, saying it had no choice but to cancel the film’s premiere because cinema chains pulled out.

It said it has been “actively surveying alternatives” to release the film on a different platform. 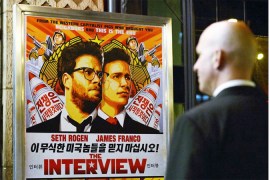 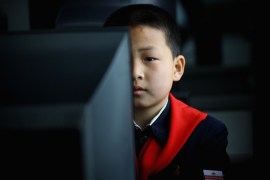 A former hacker and a hacking tutor say North is bolstering cyberwarfare units to battle international IT powerhouses.