Iran’s police chief has said his country had demanded the extradition of Man Haron Monis, the Sydney hostage taker, 14 years ago over charges of fraud, but the request was rejected by the Australian authorities.

Three people were killed, including Monis, when heavily armed police stormed a cafe in downtown Sydney early on Tuesday morning to free terrified hostages held at gunpoint for 16 hours.

We do need to reflect on what is happened and to ponder what might have been done better.


Police are investigating whether the two captives were killed by Monis or died in the crossfire.

Australia accepted him as a refugee around that time.

The police chief said Iran tried to have Monis extradited from Australia in 2000, but that it did not happen because Tehran and Canberra did not have an extradition agreement.

Iran’s foreign ministry said it had warned Australia about Monis, who fled his homeland claiming persecution.

“We have repeatedly communicated to the Australian government the hostage-taker’s psychological and criminal background since he fled Iran two decades ago and sought refuge in Australia, and that country was fully aware of his identity,” state-run IRINN TV news channel quoted foreign ministry spokeswoman Marzieh Afkham as saying on Tuesday.

Meanwhile, Australian Prime Minister Tony Abbott has acknowledged that the nation’s security system failed to keep track of a gunman responsible for a deadly siege at a Sydney cafe, promising a transparent investigation into the events that led to the tragic attack.

“The system did not adequately deal with this individual, there is no doubt about that,” Abbott said in an interview with Australian Broadcasting Corporation radio on Wednesday.

“Two very decent people are dead, others are injured, others are traumatised because of a madman who was roaming our streets,” the prime minister said.

Abbott said authorities would investigate what led up to Monday’s siege, why Monis was not on any watch list, how he got a permanent residency and how he obtained a gun.

Australia passed sweeping new security laws in October aimed at preventing people from becoming radicalised and going to fight in conflicts such as those in Iraq and Syria, where scores of Australians have joined fighter groups.

Monis, a self-styled sheikh who received political asylum in 2001, was well known to Australian authorities, having been charged as an accessory to murder and with dozens of counts of sexual and indecent assault. He had been free on bail.

Police had requested courts to refuse Monis bail but were not paying special attention to him because his charges were not linked to political violence and he was not on any watchlist, he said. Abbott also raised concerns about the bail system.

Greg Barns, a lawyer and a spokesman for the Australian Lawyers Alliance, said lengthy delays between arrests and cases being heard, along with the presumption of innocence, meant more people were on bail for longer, according to Reuters news agency.

New, tougher bail laws have already been passed in the state but delays caused by the need to train police, courts and lawyers mean they do not come into force until late January.

On Wednesday, people were still laying flowers and signing condolence books in Martin Place, a pedestrian mall near the scene of the cafe siege. 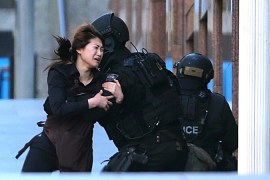 Australia stands with its Muslims after siege

While some fear a Muslim backlash after café killings, solidarity instead appears to be the order of the day. 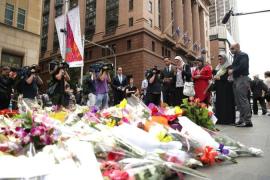 It was clear that the hostage-taker wanted media attention and Australian media gave him what he wanted. 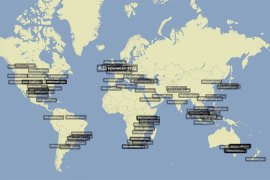 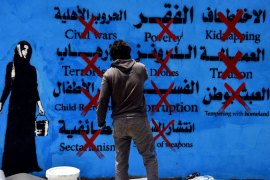