One person has been killed and 16 others injured after an explosion hit a French cultural centre inside a high school compound in the Afghan capital, officials said.

At first, I thought it was part of the performance, but then I turned my eyes around and realised it was a tragic reality.

He said the lone fatality was a German national.

The blast was the second suicide attack that hit Kabul on Thursday. The Taliban claimed responsibility for both attacks.

Officials said the auditorium, which has a capacity of more than 100, was packed to the full with men, women and children, some of whom were foreign nationals, when the suspect detonated the explosives concealed in his clothes.

A Kabul police spokesman, Hashmat Stanakzai, told Al Jazeera that the attacker was 16 or 17 years old.

Al Jazeera’s Jennifer Glasse, reporting from Kabul, said the attack took place in a “very secure part” of the city.

A documentary film entitled, Heartbeat: The silence after the explosion, was being screened when the attack happened, our correspondent said.

“This is one of the few secure places where people can go out and enjoy some shows,” she added. “People are searched before going into this compound.”

“I firmly condemn this terrorist act which caused the death of several people and left many injured,” Fabius said in a statement.

Freelance journalist and researcher Giuliano Battiston, who was among the audience when the suicide attacker struck, said there was smoke and panic in the auditorium.

“There were around 100 people there, mostly young Afghan, both boys and girls,” said Battiston, who works for Inter Press Service and some Italian newspapers.

“In the middle of the performance, I heard a huge explosion. At first, I thought it was part of the performance, but then I turned my eyes around and realised it was a tragic reality. Behind me, on the steps, there was a dead body. People were screaming and trying to reach the exit.”

Battiston said he saw at least two people carried out of the auditorium by other people, as they could not do so by themselves.

“We then reached the garden, where all the other people were. I then saw policemen entering the place,” he added.

Another witness, 20-year-old Nargis said her mother had cautioned her against going for the screening.

“My mother insisted we don’t go as earlier in the day a suicide attacker had killed five Afghan army soldiers in the city,” Nargis told Al Jazeera over the phone.

“But I and my friends braved the Kabul cold and its chaotic traffic to see the film. A few minutes after the film began, there was a loud explosion. I fell on the floor. There was blood everywhere, people were running and screaming.”

Bilal Sarwary contributed to this report from Kabul 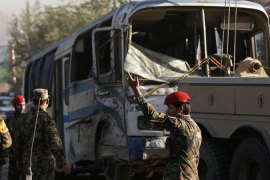 Taliban claim responsibility for bomb attack that killed at least six soldiers and wounded 10 on highway near Kabul. 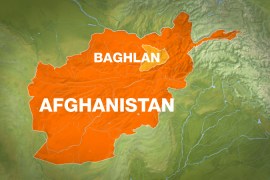 At least nine killed and 20 wounded in suicide attack at funeral in Baghlan province in northern Afghanistan. 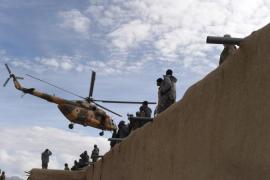 NATO’s joint command lowers its flag in the first of two ceremonies before formally ending mission on December 28.