Iraq’s semi-autonomous Kurdish government says 727 of its fighters have been killed in battles with the Islamic State of Iraq and the Levant (ISIL) since June.

ISIL has been trying to take control of strategic areas in Iraq. The latest town to come under siege is Balad, north of Baghdad.

Security officials have told Balad’s roughly 150,000 residents to stock up on food and fuel as government forces confront the fighters. 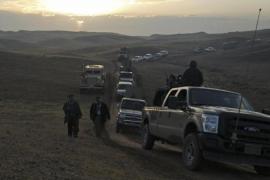 Kurds ‘light up the battlefield’ against ISIL

Iraqi Peshmerga use floodlights to identify approaching ISIL fighters who use the cover of darkness to launch attacks. 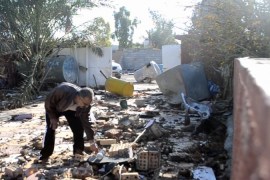 Many have died and thousands left homeless after Iraqi and Kurdish Peshmerga forces manage to push back ISIL fighters. 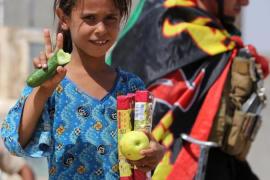 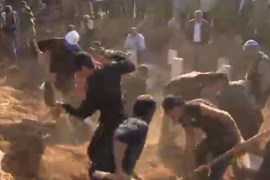 Refugees from northern Syria mourn those who have fallen in the month-long battle against ISIL.