US Senator Mary Landrieu, one of the last standing elected Deep South Democrats, has lost her re-election bid in Louisiana, further cementing Republicans’ dominance in the Senate after mid-term elections last month.

Her loss to Republican rival Bill Cassidy in the run-off vote consolidates a conservative majority in the southern state, in a region where political winds have shifted strongly in the Republicans’ favour in recent years.

The vote, which is the last in the Senate contest and the only run-off, comes after Democrats suffered a sweeping blow in November 4 legislative polls, which saw energised Republicans reclaim the Senate majority and expand their control in the House of Representatives.

Republicans will hold 54 out of 100 seats in the Senate next year, nine more than they hold today. According to final official tallies, Cassidy took about 56 percent of the ballot.

Landrieu, who was elected in 1997, said she had no regrets and applauded the work of her party in dealing with various catastrophes, including several hurricanes that battered Louisiana during her tenure.

“Tonight, we have so much to be proud of, a record of courage, honesty and integrity and delivering for the state when it mattered the most in some of our darkest hours after Katrina, Rita, Gustav, Ike and the BP oil spill,” she said in New Orleans after her defeat.

“The joy has been in the fight, it’s been a blessing, it’s been a fight worth wedging. Louisiana will always be worth fighting for.”

In a state inextricably tied to the oil and gas industry, Landrieu had played up her importance for constituents as chair of the Senate Energy Committee.

But her appeal for support from her Democratic base was not enough to secure her win in Louisiana, which is majority African American and where her brother is mayor of New Orleans, the state’s largest city.

President Barack Obama’s waning popularity further weakened her bid for re-election in a region that has seen a rise in Republican support. 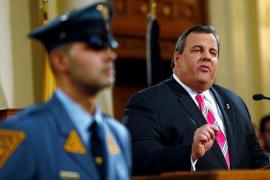 New Jersey’s Chris Christie has not been invited to speak at annual Conservative Political Action Conference this year. 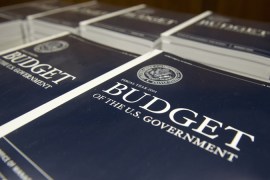 Obama’s budget: A deal with the Republicans?

As the president unveils a budget proposing significant cuts to social security, we ask if he has betrayed his base. 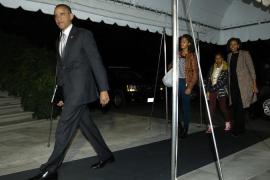