American hostage Luke Somers, who was held by al-Qaeda in Yemen, has died during a rescue operation in the southern province of Shabwa, a senior official in the president’s office has said.

Somers, 33, who was abducted in September 2013 while he worked as a freelance photojournalist for Yemen Times, died from injuries sustained during the operation.

US Defence Secretary Chuck Hagel confirmed Somers’ death and that of a non-US hostage, reported to be South African, saying they had been “murdered” by al-Qaeda during the rescue attempt.

Hagel said there were “compelling reasons” to believe Somers’ life was in danger before the rescue operation was launched.

“Yesterday by the order of the president of the United States, US special operations forces conducted a mission in Yemen to rescue a US citizen Luke Somers and any other foreign nationals held hostage with him,” Hagel said, speaking from Kabul.

“There were compelling reasons to believe Somers’ life was in imminent danger.”

The New York Times said Somers was shot at by his captors as the joint raid by US and Yemeni forces unfolded and was badly wounded when the commandos reached him. He died while being flown to a US naval base in the region, the paper reported.

Yemeni journalist Nasser Arrabyee told Al Jazeera the fighters originally tried to escape with Somers. He was apparently shot after his captors found themselves surrounded.
At least ten al-Qaeda fighters were also killed in the raid.

Somers appeared in a video released by al-Qaeda on Thursday in which he pleaded for help. His captors said in the same video that “he would meet his inevitable fate” unless the group’s demands were met within three days.

His sister, Lucy, was quoted by AP as saying that she was informed by the FBI of his death. “We ask that all of Luke’s family members be allowed to mourn in peace,” she said.

The South African hostage who was killed in the failed raid was due to be released on Sunday, charity Gift of the Givers, the group that had been negotiating his release, said on Saturday.

“We received with sadness the news that Pierre [Korkie] was killed in an attempt by American Special Forces, in the early hours of this morning, to free hostages in Yemen,” the NGO said.

“The psychological and emotional devastation to Yolande and her family will be compounded by the knowledge that Pierre was to be released by al-Qaeda tomorrow.” 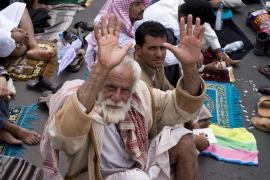 Luke Somers was killed during an attempt to rescue him in Yemen. The US photojournalist was a contributor to Al Jazeera. 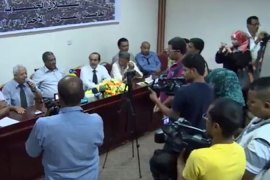