An Egyptian court has thrown out a case against former President Hosni Mubarak for conspiring to murder protesters during the 2011 Egyptian revolution due to a technicality and lack of jurisdiction.

Mubarak and his sons Alaa and Gamal were also cleared by Chief Judge Mahmoud Kamel al-Rashidi of corruption charges related to exporting gas to Israel.

“I am speechless,” he said. “Because the judge has told us not to discuss his verdict until we have examined the 1,430 page document.”

“This is an arrogant attempt to make the Egyptian people feel sorry for coming out to the streets,” he added.

“This is trying to retrieve the old Egypt and basically clear three decades of dictatorship. Basically we have everyone that has been in charge of the violence and corruption cleared of all charges, while in prison we have thousands of peaceful civil rights activists.”

Mubarak, 86, had been accused along with the former police commanders of involvement in the killing of 846 demonstrators during the 2011 revolt that ended his three-decade rule. Only 239 of the deaths were considered by the court, the presiding judge said.

An appeals court had overturned an initial life sentence for Mubarak in 2012 on a technicality.

The new verdict was initially scheduled for September 27, but Judge Rashidi postponed it, saying he had not finished writing the reasoning after a retrial that saw thousands of case files presented.

Saturday’s decision comes as the revolutionary fervour that unseated Mubarak has largely ebbed across the country.

Morsi was put on trial along with hundreds of others accused of being supporters or members of the now-banned Muslim Brotherhood.

Morsi and several top leaders of his Muslim Brotherhood group are accused of committing acts of violence during the anti-Mubarak uprising as well as during huge anti-Morsi protests which prompted the army to remove him.

Several prominent left-leaning youth activists who led the campaign against Mubarak have also been jailed by the authorities for staging unauthorised protests after the June 2013 overthrow of Morsi.

Sisi, who won a presidential election in May, has made law and order and economic stability his top priorities rather than democratic freedoms, the principal demand during the anti-Mubarak uprising.

Mubarak, who attended the trial hearings in an upright stretcher wearing his trademark sunglasses, told the retrial in August that he was nearing the end of his life “with a good conscience”.

“The Hosni Mubarak before you would never have ordered the killings of protesters,” he said.

Adli had accused the Muslim Brotherhood and Palestinian armed groups of attacking protesters during the 2011 uprising to malign the police.

During the retrial, which opened in May 2013, most witnesses, including senior military and police officers under Mubarak, gave testimony seen as favourable to Mubarak. 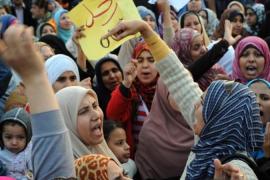 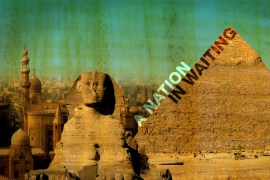 A Nation in Waiting

A special programme looking at Egypt under Hosni Mubarak.