Pope Francis has begun his first visit to Turkey in a trip aimed at building bridges with Islam and supporting the Christian minorities of the Middle East.

On Friday, Francis spent the first of three days in Turkey in the capital Ankara, holding a meeting with President Recep Tayyip Erdogan at his newly constructed presidential palace.

He is more genteel and diplomatic than Benedict.

In an address following the meeting, Francis condemned the Islamic State of Iraq and the Levant (ISIL) assault on Christians and other religious minorities in Iraq and Syria, adding that military force was justified to stop ISIL advance.

Francis is to travel to Istanbul on Saturday and Sunday, visiting key sites of the city’s Byzantine and Ottoman heritage as well as meeting the Orthodox Ecumenical Patriarch Bartholomew I, Al Jazeera’s Bernard Smith reported from Istanbul.

On Saturday Francis is to visit Istanbul’s Hagia Sophia, a Byzantine-era church that was turned into a mosque after the conquest of Constantinople in 1453 and now serves as a museum, and the Ottoman-era Sultan Ahmet mosque, also known as the Blue Mosque.

Al Jazeera has also learned that Francis will join in the celebration of Saint Andrew on November 30 with the Greek Orthodox church.

Francis, 77, is expected to raise his concern about the plight of Christian communities throughout the Middle East amid the rise of the Islamic State of Iraq and the Levant (ISIL).

“He can appeal to the whole world to take seriously the plight of minorities, and the plight of refugees,” Patrick Ryan, a professor at Fordham University in New York, told Al Jazeera.

Some 2,700 police are set to supervise his visit in Ankara, a number that will rise to 7,000 in Istanbul.

There have also been calls on Francis not to meet Erdogan at his presidential palace, which is seen by critics as an authoritarian extravagence. Erdogan’s official room has 1,000 rooms and cost at least $615m to build.

But the Vatican has refused to be drawn into the polemic, saying it is merely accepting the invitation by the hosts for Francis, who became by far the most important visitor so far at the palace.

Erdogan has come under fire recently for statements he made on the role of Muslims in history, which critics claim is an attempt to divert attention from his policies.

Papal visits to Turkey are rare – Francis will be just the fourth pope to visit the country after Benedict in 2006, John Paul II in 1979 and Paul VI in 1967.

Ryan, an expert on interfaith studies, told Al Jazeera that Francis’ visit can also “bolster the Greek Orthodox Patriarch in Istanbul and the leadership of all the other Christian churches in the east.”

“He is more genteel and diplomatic than Benedict,” he said. In 2006, the retired pope Benedict also visited Turkey following a controversial comment he made about Islam.

Ryan also said that Francis has strong ties with Argentian’s Muslim community, while he was the top Catholic leader in the capital Buenos Aires, and that could also help strengthen ties with leaders of Islam. 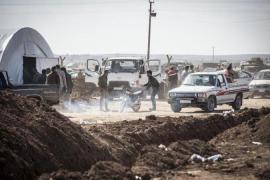 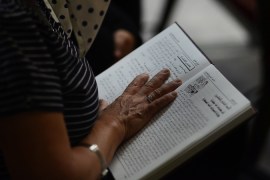 More than 4,000 refugees have found safety in Amman, as aid agencies struggle to provide long-term solutions. 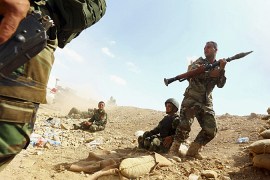 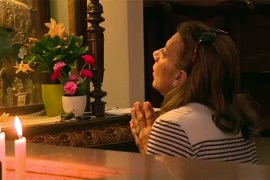