At least 11 burned bodies have been discovered dumped on the side of a road in the southern state of Guerrero, Mexican authorities said.

Several of the scorched bodies of the men found near the city of Chilapa on Thursday appeared to have been decapitated.

Sources told Al Jazeera that the victims appear to be cartel members killed by another cartel group. The victims’ bodies were reportedly found covered with a large banner taunting one of the cartels.

According to a separate report by AFP news agency, the note was addressed to the crime group “Los Ardillos” (The Squirrels), with the words “here’s your trash”.

The victims appeared to be in their 20s. Authorities said the bodies had high-caliber bullet wounds, and were found in an area that is known for gang violence and plantations of opium poppies.

The area is also not far from the rural teachers’ college known as Ayotzinapa, from which 43 students disappeared in September, and are believed to have been killed by a drug gang, who have confessed to burning their bodies.

Pena Nieto said on Thursday that he plans to dissolve the country’s corruption-plagued municipal police forces, in a sweeping security reform amid a crisis over the role of gang-linked police in the presumed massacre of 43 students.

“Mexico must change,” Pena Nieto said in a televised speech, following weeks of protests over a case that has highlighted Mexico’s struggle with police corruption.

Pena Nieto said he would send a set of constitutional reforms to Congress on Monday that would allow federal authorities to take over municipalities infiltrated by drug cartels.

He said the measures also include the dissolution of the country’s 1,800 municipal police forces, “which can easily be corrupted by criminals”.

Police duties would be taken over by state agencies in each of the 31 states and the federal district, creating a force that is “more trustworthy, professional and efficient,” he said.

While the specifics of the plan have not been released, government officials have announced several such anti-crime plans in the past, with mixed results.

Pena Nieto has been under pressure to solve the killings following massive protests across the country. 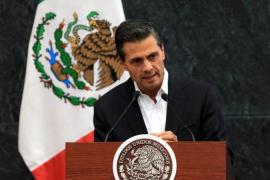 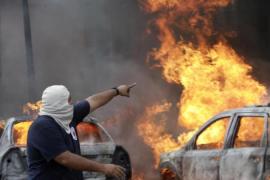 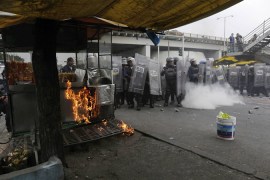 Thousands march in Mexico over students

Protesters angered by the presumed massacre of 43 students take to the streets for another day of demonstrations.