A total of eight civilians, including at least two women and four children, have been killed in an air strike that hit residential homes in Anbar province during an offensive against the Islamic State of Iraq and the Levant (ISIL), medical sources say.

Five others were injured in Saturday’s raids, which hit a house in the city of Heet, the sources told Al Jazeera.

Anbar is a predominantly Sunni Muslim province that has been largely controlled by ISIL for nearly a year now.

A number of claims have been made regarding responsibility for the deaths, with a Sunni rebel group saying on Twitter that the Iraqi army had carried out the attack.

The Sunni group is neither affiliated to the Baghdad government nor to ISIL fighters operating in the area.

The house was completely destroyed, and it is possible there are undiscovered bodies under the rubble, the medical sources said

Significantly, Iraqi state media said an air strike near a train station in Heet had killed 85 ISIL fighters at about the same time as the civilian deaths were reported.

The developments came as Iraqi security forces waged a counteroffensive against ISIL fighters on the eastern edge of Ramadi, the provincial capital.

Al Jazeera’s Imran Khan, reporting from Baghdad, said Anbar was of great importance because of its position in relation to Syria.

“Anbar backs on to Syria and is of key strategic interest to ISIL because towns there lead directly into Baghdad, which has always been a key target for ISIL.

“Anbar is one of the key provinces to take if you are going to defeat ISIL. It is likely this is all connected and is as a result of the ISIL offensive on Ramadi,” he said.

The bodies of the men from the Albu Fahd tribe were discovered by the Iraqi army during its offensive to re-take Ramadi, the officials said.

ISIL, which has seized control of large parts of Syria and Iraq, continues to gain territory in Anbar despite being targeted by air strikes for the past three months.

It launched coordinated attacks on Friday in central and outlying areas of Ramadi in an attempt to take full control of the city, which is already mostly in its hands.

The killings in Shujariya, in apparent revenge for tribal opposition to ISIL, echoed the execution of hundreds of members of the Albu Nimr tribe last month by the group’s fighters trying to break local resistance to their advances in Anbar.

“While they were combing the territories they are liberating, security forces found 25 corpses in the Shujariya area,” Hathal Al-Fahdawi, a member of the Anbar Provincial Council, told Reuters.

Sheikh Rafie al-Fahdawi, leader of the Albu Fahd tribe, confirmed that at least 25 bodies had been found and that he expected the total to be significantly higher.

The bodies were found scattered around with no signs of weapons next to them, suggesting they were not killed during fighting, Fahdawi said. 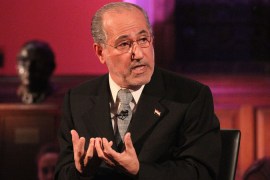 Will ISIL put an end to Iraq? 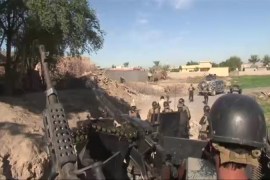 US advisers spread out through Iraq

While they will support local troops on front lines, US personnel will only fight in self-defence, Iraqi officials say. 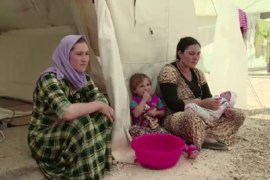 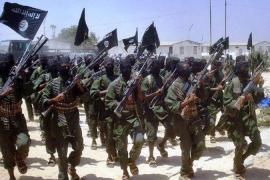