President Barack Obama has ordered far-reaching changes to the US immigration system that will protect nearly 5 million people from deportation, testing the limits of his presidential powers and inviting a showdown with newly emboldened Republicans.

In a speech on Thursday night, Obama announced plans to protect nearly 5 million immigrants living illegally in the United States from deportation by granting them work permits; millions more would remain in limbo.

Obama said his executive actions were a “common-sense” plan consistent with what previous presidents of both parties had done.

“To those members of Congress who question my authority to make our immigration system work better, or question the wisdom of me acting where Congress has failed, I have one answer: Pass a bill,” Obama said.

Republicans, who take full control of Congress in January after capturing the Senate from Democrats, warned that Obama would face serious consequences for what they described as an unconstitutional power grab.

“The president will come to regret the chapter history writes if he does move forward,” declared Senator Mitch McConnell, the Republican who is soon to become the Senate majority leader, hours before Obama prime-time address.

Republicans were united in opposing Obama’s move but divided on how to respond. Lawmakers have raised options including lawsuits, a government shutdown and even impeachment. Party leaders who are seeking to avoid a government shutdown say such moves could backfire and anger voters ahead of the next presidential election in two years.

Al Jazeera’s Andy Gallacher, reporting from Florida, said that the biggest sentiment among a group of people watching the televised address was that they were “one step closer”.

“People do realise that whatever happens in this executive order, it is a temporary reprieve. But what they ultimately want is a comprehensive immigration reform,” said our correspondent, adding that they are calling on the parties to have a bipartisan agreement for a concrete solution.

“It gives these people, who President Obama said were living in the shadows, some kind of hope for the future.”

Republicans are in a bind over immigration: the US electorate is rapidly becoming more diverse, especially more Hispanic. Republican leaders have said the party risks its long-term future if it does not act to solve America’s immigration problems.

But many in the party’s conservative base oppose any reform that includes a path to citizenship for those who enter the country illegally.

The White House says the president is exercising his executive authority to tackle immigration reform unilaterally, as Republicans Ronald Reagan and George Bush did before him.

The president’s broadest decree was expected to apply to about 4.1 million parents who are living in the US illegally but whose children are US citizens or permanent residents.

If the parents have been in the US for at least five years, they could apply for protection from deportation and then for work permits.

Despite the sweeping scope of the president’s actions, more than half of the 11 million immigrants living in the US illegally will be granted no specific protections.

However, Obama’s moves aim to decrease the likelihood that many of them will be deported by ordering the Department of Homeland Security to focus its enforcement on those who have criminal histories or who recently crossed the border. 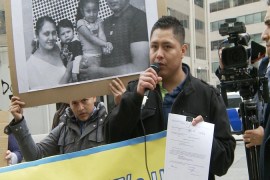 Crushing the dreams of US immigrants

For undocumented parents fighting deportation, it’s a race against time to stay in the US with their American children. 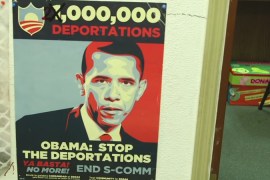 Undocumented migrants may be protected from deportation and allowed to remain in the US under proposed law. 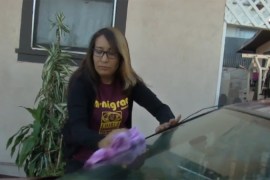 Living in US under shadow of deportation

First-person story of Isabelle, undocumented worker for over 18 years who lives in constant fear about her fate.