The UN Security Council has urged countries to deny the Islamic State of Iraq and the Levant group (ISIL) and other extremist groups their sources of money and fighters by shutting down oil trade, refusing ransom payments, tightening security checks and more.

The council statement followed a new UN report on Wednesday that estimated ISIL’s potential revenue from crude oil ranged from $846,000 to $1.645m per day and that it raised an estimated $35m to $45m in a 12-month period from ransom payments.

The report recommends new sanctions, but warns that sanctions alone are insufficient to counter the global threat.

Council members in an open debate expressed alarm that the new wave of fighters was younger, more diverse and skilled in using social media to attract more than 15,000 foreigners from more than 80 countries.

Council members stressed that more must be done to combat the extremist narrative and change the economic and other circumstances that might make that narrative attractive.

“Looking at these challenges solely through a military lens has shown its limits,” UN Secretary-General Ban Ki-moon told the meeting.

The council statement urged more effort by UN member states to restrict the flow of foreign fighters. But the chair of the council committee on counter-terrorism, Lithuania Ambassador Raimonda Murmokaite, laid out multiple and “significant” gaps in border and other controls that might keep citizens from travelling to fight. 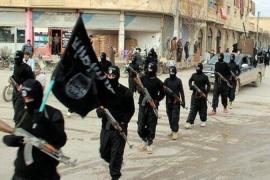 Is disillusionment over the Arab Spring helping to swell the armed group’s ranks? 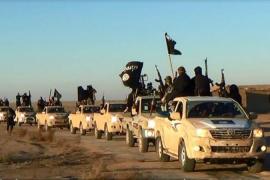 ISIL and Sunni rebels: an end to the affair?

Iraqi groups allied with ISIL are not fighting government forces – a sign they may swap sides if given incentives.