A suicide attack has left at least six people, including the attacker, dead in Erbil, the capital of Iraq’s autonomous Kurdish region.

Dozens of people were also wounded when the attacker tried to drive his vehicle into the governorate building, only to be cut down by guards’ gunfire on Wednesday.

Three civilians and two police officers were among the dead, in the first attack to target the city’s centre in seven months.

“Erbil, in the autonomous Kurdish region, is a very well-secured area, and has succeeded in sparing itself much of the violence and blasts rocking other cities, especially Baghdad,” Al Jazeera’s Imran Khan said, reporting from Baghdad.

“The region has been under recurring threats, however.”

Fighters for the Islamic State in Iraq and the Levant (ISIL), who overran expanes of northern Iraq this summer, have repeatedly threatened to launch attacks against Kurdistan, but the region has so far largely managed to insulate itself from the violence.

The Iraqi Kurdish Health Ministry reported at least 22 were wounded.

Hamza Hamid, a spokesman for the Erbil governor, said the attack took place “right in front of the main entrance of the building of Erbil governorate”, which is near the citadel.

Nawzad Hadi, Erbil’s mayor, told the state-run Rudaw TV channel that the bomber tried to enter the citadel grounds but failed, so he detonated his explosives-laden car outside the complex.

Hadi said properties in the area suffered significant damage but it was unclear if the citadel, claimed to be one of the world’s longest continuously inhabited landmarks, was damaged.

Previous attacks in the city have targeted the building of the Interior Ministry.

The last major attack in Erbil was more than one year ago, when fighters launched a coordinated suicide and car bomb attack on the headquarters of the security services. Another blast took place in August, but there were no casualties. 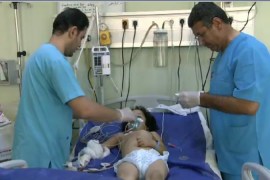 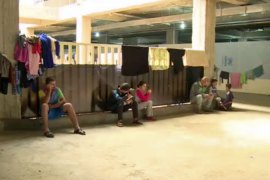 Many displaced families who have fled to different cities for safety have had to leave their loved ones behind. 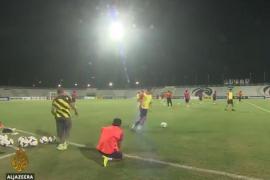 Erbil’s success away from home

The AFC Cup final features Erbil, the Iraqi football club forced to play away from home. 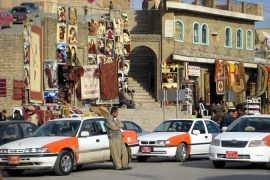