Indian police have said that bodies of four women and a child were found inside a guru’s heavily fortified ashram, a day after security forces tried to storm the sprawling complex and arrest the spiritual leader.

As of Wednesday afternoon, police had not managed to enter the 12-acre complex. Shriniwas Vashisht, director-general of police in the northern state of Haryana, said the bodies of four women were handed over to authorities.

It was not clear how the women died, while an 18-month-old child appeared to have died of natural causes, according to the AFP news agency. Autopsies were being conducted, Vashisht said.

Sant Rampal, 63, is believed to be holed up inside the compound in Haryana, protected by thousands of devotees, many of them armed, according to police. Nearly 200 people were injured on Tuesday as riot police tried to force their way into the ashram.

Rampal is wanted by police for questioning in a 2006 murder case.

Another woman apparently suffering from a heart condition also died after being taken to hospital, Vashisht told reporters.

He said thousands of people were pouring out of the ashram on Wednesday, including many who apparently had been held against their will.

Police on Tuesday stormed the ashram, which has been guarded by hundreds of followers for days after a court ordered their leader arrested on murder and other charges.

They fired water canon and tear gas and baton-charged the supporters who were armed with stones, petrol bombs and other weapons, television footage showed.

Overnight Tuesday, followers poured out of the ashram with some of them saying they had been held inside against their will.

“What started as a trickle hasn’t yet stopped and we have dropped off around 10,000 people at nearby bus and train stations,” assistant police superintendent Jashandeep Singh said of the followers.

Rampal and 38 others were charged with murder and other offences after a violent clash between his supporters and another group killed one person in July 2006.

He was freed on bail, which was cancelled in July after his followers entered a courtroom and threatened lawyers.

Since 2010, Rampal, an engineer-turned-guru, has ignored 43 court summonses, seeking exemptions each time. The court set a final deadline for him to appear in court on Monday, which he also ignored.

Rampal’s supporters say he is too ill to make the 250km journey from his ashram in Haryana’s Hisar district to the court in the state capital, Chandigarh. 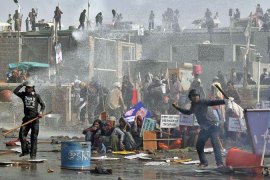 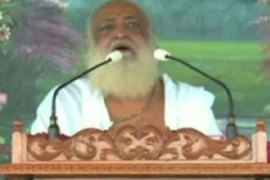 The country is divided after vastly popular Asaram Bapu is detained over alleged molestation of a minor. 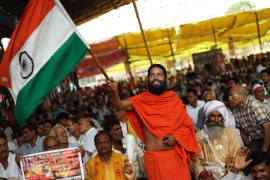