The United Arab Emirates (UAE) has formally designated scores of groups, including the Muslim Brotherhood and local affiliates as “terrorist groups”.

The list, which includes about 80 groups, was approved by the cabinet and published on Saturday on the official WAM news agency.

Al-Qaeda, al-Nusra Front, the Islamic State of Iraq and the Levant (ISIL) and al-Islah were among other groups on the list.

The announcement echoes a similar move by Saudi Arabia in March and appears to underscore concern in the US-allied oil producer about religiously-affiliated groups.

Al-Islah, a UAE-based group, is banned in the country for its alleged links to Egypt’s Muslim Brotherhood.

UAE authorities have cracked down on members of al-Islah and jailed scores of its members convicted of forming an illegal branch of the Brotherhood. Al-Islah denies any such link, but says it shares some of the Brotherhood’s ideology.

In an unprecedented public move, Saudi Arabia, Bahrain and the UAE recalled their ambassadors to Qatar in March, accusing Doha of failing to abide by an agreement not to interfere in one another’s internal affairs.

The three states fell out in part over Qatar’s alleged support of the Muslim Brotherhood. Qatar says it backs all Arabs, not just Brotherhood members.

Saudi Arabia has banned the Brotherhood, accusing it of seeking to overthrow the Gulf monarchies.

The UAE has been taking part in US-led air strikes against the ISIL group in Syria, along with fellow Arab states Bahrain, Jordan, Saudi Arabia and Qatar.

Yemen’s Houthi rebels, Nigeria’s Boko Haram and Afghanistan’s Taliban are among the groups listed by the UAE.

Jim Walsh, an expert in international security, described the list as “very odd”, noting that some of the groups listed were merely cultural and civic organisations.

Several organisations listed are based in the US and Europe. The list includes the Federation of Islamic Organisations in Europe, as well as several other Muslim groups – for example Islamic Relief, a UK-registred charity that is working with the British government.

“You have people from across the spectrum, some completely devoted to violence and some who don’t seem to be involved in violence at all,” Walsh, a Research Associate at MIT’s Security Studies Program in Boston, told Al Jazeera.

He said that with some groups, like al-Qaeda, ISIL and al-Nusra Front, UAE had taken a long time to act, but “now they’ve sort of switched and gone over to the other side, listing all kinds of groups they think are terrorists”.

In Washington, the Muslim American Society said it was “shocked” by news reports that it was on the list.

“The Muslim American Society is a religious community service organisation that serves people in the United States. We have no dealings with the United Arab Emirates, and hence are perplexed by this news,” the group said in a statement.

The Muslim Association of Sweden was also on the list. Its chairman, Omar Mustafa, called it “frightening that a small regime known for human rights abuses defines European civil society organisations as terror groups”.

In August, the UAE toughened anti-terrorism laws in a bid to stamp out terror financing, hostage-taking, human trafficking and money laundering. 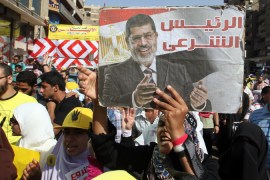 Islamist group branded along with al-Qaeda-linked groups in Syria, as kingdom cracks down on those it sees as threats. 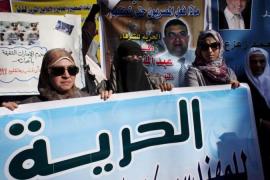 Gulf state convicts group of Egyptians and Emiratis for setting up illegal branch of Islamist group in the country. 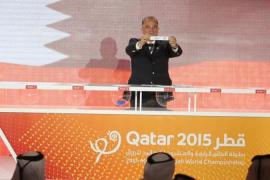 Both teams pull out of the 2015 men’s world championships to be held in Qatar in an apparent political boycott.