Mahmoud Abbas, the Palestinian president, has accused Israel of igniting a “religious war” by allowing Jewish worshippers to visit an Islamic holy site in occupied Jerusalem.

Speaking at a ceremony on Tuesday in the West Bank city of Ramallah marking the 10th anniversary of the death of Palestinian leader Yasser Arafat, Abbas said the visits by the Jewish worshippers were provocative and that Palestinian worshippers would defend the site.

His remarks came as Israeli troops shot and killed a Palestinian demonstrator in clashes near the southern West Bank city of Hebron.

Imad Jawabreh, 21, was hit in the chest by bullets on Tuesday, Palestinian medics said, adding that the shooting occurred on a main road at al-Arroub refugee camp.

The official Palestinian news agency reported that a Palestinian man was shot in the chest and died while standing on the second floor of his house.

An Israeli military spokeswoman in Tel Aviv said soldiers opened fire when a protester pointed an “improvised weapon” at them.

Al Jazeera’s Imtiaz Tyab, reporting from West Jerusalem, said: “This attack comes after a tense day in the occupied Palestinian territories and in Israel as well.”

In his speech, Abbas addressed the clashes which have gripped East Jerusalem for the past four months and spoke about unrest at Al-Aqsa Mosque compound prompted by the demands of ultra-conservative Jewish fringe groups for the right to pray there.

Jews are allowed to visit the site but they are not supposed to pray there.

An increase in the number of visits has raised Muslim fears that Israel is plotting to take over the site and prompted clashes.

The Palestinians “will defend Al-Aqsa and the churches against the settlers and extremists”, Abbas said.

He also reaffirmed his plans to submit a draft resolution to the UN Security Council later this month calling for an end to Israel’s occupation of the Palestinian territories by November 2016.

He promised that the Palestinians, who won the UN rank of observer state in 2012, would apply to join a host of international organisations if the resolution was blocked by a US veto.

“We will not tolerate any pressure,” Abbas said, referring to US efforts to dissuade the Palestinians from approaching the Security Council.

In his speech, Abbas also accused Hamas, the Palestinian group which governs the Gaza Strip, of trying “to destroy” efforts to broker national unity through a series of bomb blasts in the territory last week.

Abbas said Hamas – which quickly dismissed his allegations as “lies” – was behind the Gaza explosions which targeted leaders of his Fatah, Hamas’ rival.

The blasts prompted the cancellation of a rare memorial service in Gaza for Arafat, who died under mysterious circumstances in a hospital near Paris in 2004.

“Those who caused the explosions in Gaza are the leaders of Hamas – they are responsible,” Abbas said in his remarks, accusing Hamas of trying “to sabotage and destroy the Palestinian national project”.

Earlier this year, Fatah and Hamas signed a reconciliation agreement aimed at ending seven years of bitter and sometimes bloody rivalry which saw the West Bank and Gaza ruled by separate administrations.

The deal led to the creation of a government of national consensus which took office in Ramallah but has yet to fully exert its powers in Gaza.

Following Abbas’ speech, Hamas denounced him as “sectarian and partisan”.

“Abbas’ speech is [a] web of lies, insults and disinformation,” Mushir al-Masri, a Hamas spokesman in Gaza, said.

“What the Palestinian people need is a courageous president.” 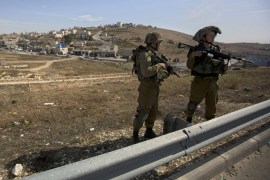 Chaos grows on both sides of the Green Line 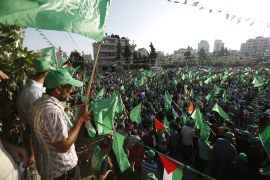 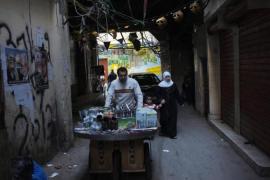 In Palestinian refugee camps in Lebanon, just about anyone can open a pharmacy, providing easy access for drug abusers.