A convoy of Dutch investigators accompanied by armed rebels have arrived near the Flight MH17 crash location in eastern Ukraine but they have not been given access to the exact site where the airliner was brought down, killing 298 people.

About a dozen experts on Tuesday were hoping to recover debris from the Malaysia Airlines passenger jet which was shot down in July, amid fears that all-out fighting could break out again.

The Dutch team hopes to begin work at the debris site, a remote rebel-held territory east of Donetsk, as soon as possible but there are concerns that rebels could be gearing up for a fresh offensive despite a shaky ceasefire signed in September puncuated by localised outbreaks of violence.

The remains of 289 victims have been identified but Bert Koenders, the Dutch foreign minister, has admitted that the remaining bodies may never be recovered due to the security situation.

The arrival of the Dutch investigators in the rebel-held territory on Tuesday coincided with a surge in tensions in the region.

Five Ukrainian soldiers were killed and nine more injured in the country’s east over the past 24 hours, Vladyslav Seleznyov, a military spokesman, said.

There has been intense shelling around Donetsk in recent days.

“We hope that the removal of debris can start as soon as possible but that depends on the situation on the ground,” Wim van der Wegen, a spokesman for the Dutch Safety Board, told AFP.

Pieter-Jaap Aalbersberg, the head of the recovery mission, told public television in the Netherlands that the team was “absolutely ready” to start collecting debris.

Ukraine and the West accuse Russia of supplying the pro-Kremlin separatists with the missile that brought down MH17, while Russia and the rebels have pointed the finger of blame at Ukrainian forces.

The talks with Obama came after US Vice President Joe Biden gave warning on Monday, after a call with Ukraine’s President Petro Poroshenko, that the “costs to Russia will increase” if it continues to “wilfully violate” the terms of a ceasefire signed in September.

“The unacceptability of a situation when experts cannot get to the crash site has been noted,” the Kremlin said in a statement, after Putin’s meeting with Abbott.

Putin has denied that rebels are hindering access to the site, blaming Ukrainian forces for shelling the area.

Abbott “did not try” to follow through on a threat to “shirtfront” Putin over the shooting of the MH17, which was carrying 38 citizens or residents of Australia, a Kremlin spokesman said.

His country will host this week’s G20 summit in Brisbane where more talks are likely. 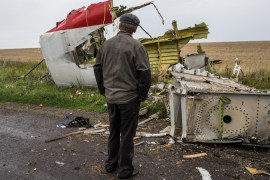 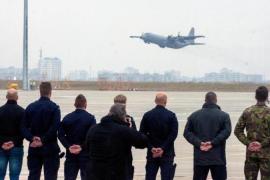 Relatives of victims of plane crash seek answers as investigations are stalled into disaster that left 198 people dead. 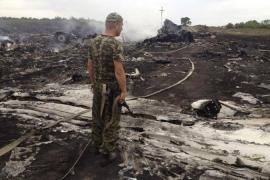 MH17: a note of sorrow from a Dutch traveller

Flying at 30,000ft in a metal tube, we somehow feel safe. The disaster in Ukraine brings the dangers into cold relief. 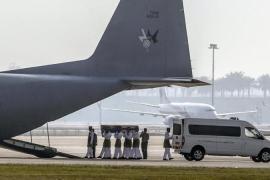 Flight MH17: Will mystery ever be solved?

Without full access to the site, experts are unlikely to answer all the questions surrounding Flight MH17.