The medical aid agency Doctors Without Borders has called for a change of strategy in the fight against Ebola in Liberia, urging donors to finance rapid-response teams rather than huge isolation units.

MSF said on Monday it was seeing a decline in the number of patients admitted to case-management centres in Liberia for the first time since the outbreak started, but warned that new hotspots continue to emerge.

The global response must adapt to this new phase of the epidemic, MSF said.

“Priority should be given to a more flexible approach that allows a rapid response to new outbreaks and gets the regular healthcare system safely up and running again,” Fasil Tezera, MSF head of operations in Liberia, said.

“Isolation units in Monrovia and some other parts of the country now have adequate capacity and we must adapt the strategy if we want to stay ahead of the curve and beat the epidemic.”

MSF said the fight to contain the epidemic should now focus on deploying teams quickly to new hotspots to isolate patients, trace people who have been in contact with the sick, organise safe burials and carry out disinfection.

It says its 250-bed ELWA3 centre in Monrovia is treating around 50 patients, while in the northern town of Foya, at the epicentre of the outbreak, the number of patients fell to zero on October 30, with no confirmed cases since.

MSF says the case numbers could rise again, as happened in Guinea following two significant dips in admissions to the charity’s facilities.

“In Foya, we believe this comprehensive approach, as well as active engagement by the community, has led to a steady reduction of cases across the county,” Nico Heijenberg, MSF emergency coordinator, said.

The charity has about 3,300 staff across Liberia and neighbouring Sierra Leone and Guinea.

Ebola virus disease, a tropical fever which is estimated to have a fatality rate of around 70 percent in the current outbreak, is transmitted through contact with infected bodily fluids.

The UN World Health Organisation is reporting about 5,000 deaths and 13,000 infections globally, although it has warned that this official toll could be the tip of the iceberg.

WHO has also confirmed a slowdown in the spread of the virus in hardest-hit Liberia, where 2,697 people have died out of a total of 6,525 cases.

But officials from various UN agencies and the Liberian government have warned against complacency. 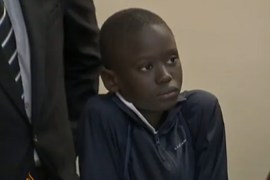 Many immigrants face harassment related to outbreak in West Africa amid widespread fears of virus spreading to US. 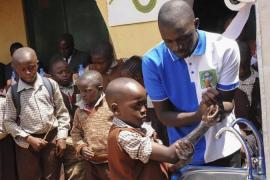 Ebola: Winning a battle but losing the war?

Can lessons be learned from Nigeria’s success in containing the deadly virus? 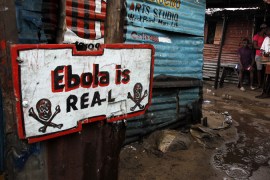 How could serum help in fight against Ebola?

WHO says serum based on antibodies from blood of Ebola survivors could be used in Liberia within weeks. 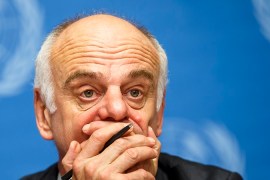 Q&A: The UN’s battle against Ebola

Special envoy David Nabarro talks to Al Jazeera about the United Nations’ role in fighting the spread of Ebola.